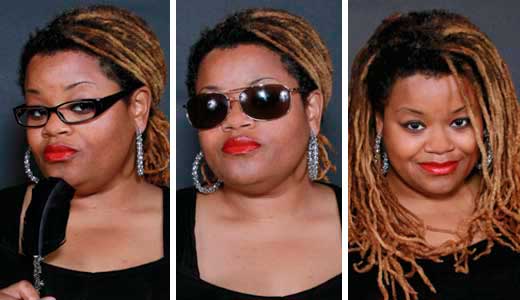 I can honestly say I’m shocked to hear Whitney Houston died. I am. I knew she had substance abuse problems, but I didn’t expect to hear this news. I figured it was another celebrity death hoax. I know that our jaded generation is “so over” the deaths of famous people. Yet, on some level, we all experience a sense of shock and even grief to have lost another artist. For all of the things we have to experience in our lives and the constant barrage of information about these people, it’s no surprise that we feel sad to lose someone like Whitney.

She was as amazing as much as she was a cheesy pop princess created by an industry that thrived on her product. Her voice was unmistakable. No matter how much denial one can muster, we have all held our arms splayed, wailing “The Greatest Love of All,” trying our best to hold that last note until its very end. I usually ended up panting, until I learned to take in one final breath.

I try to be fair in my assessment of the fame industry and deal with it for what it is — a product created to sell records, clothes, McDonald’s or whatever crap supercorps need us to purchase. The problem with looking only at the product is that it is easy to forget that real people produce it, and that the more their product is in demand, the more they have to produce. This comes at the expense of having a life of any kind. How is it possible to be Lady Gaga and be normal? To be a star on a level with Gaga or Whitney is to be a machine.

Sadly, the machine is never allowed to turn off. Seldom does the machine have a chance to stop for an oil change or to have its tires rotated; it has to keep producing until it literally falls apart. Death may not come like it did for Whitney, Michael Jackson, Amy Winehouse or so many others. Perhaps the machine simply turns into Madonna, who, at a time in her career when she could relax, becomes so desperate for attention that she picks fights with the stars who learned directly from her glory days and are trying to take her legacy a step further.

Fame is so alluring that these talented, creative people get caught up in its works without realizing that the money, houses and cars come at a very steep price. Money cannot buy happiness or health, and even though it can buy therapy, that doesn’t soften the corrosive effects of wealth and ultra-fame.

After saying all of this, like so many writers and observers have said before, we have not saved another life. We have not encouraged another child to say “no” to being famous because, no matter what we say, ego is a powerful drive. We want to be liked, and we all would love a life that allows us to use our talents every day to make a living.

If a child is given a chance to be on television, it is a rare parent who would simply say “no” without investigating the possibility of an “opportunity.” It could be the same as the one that began the career of Britney Spears, whom I expected to end up much like Whitney before her family took control of how much her machine was allowed to produce. I believe they saved her life.

It is too bad there isn’t a body capable of stepping in when someone is suffering so greatly that they fail to help themselves. I mean this for any person, and not just those who are part of the entertainment/fame mechanism. We can’t fight addictions with hopes, and we can’t control what every 48-year-old person does with her body. How, then, can we prevent another Whitney? We can’t. We just have to recognize that, while no one made her drink or do drugs, there were bigger contributors to her demise than herself.