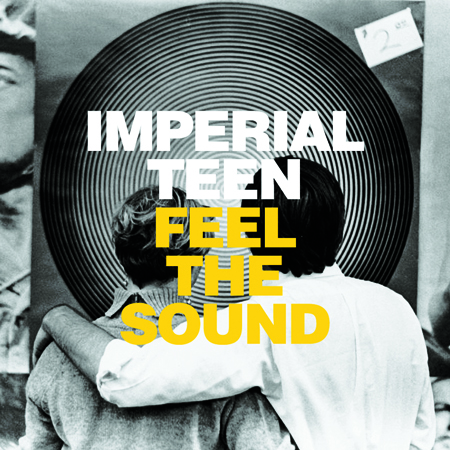 “You’re so safe, you’re in my mind,” Imperial Teen’s Roddy Bottum sings in “All the Same.” We could easily apply this sentiment to the sound of Imperial Teen’s fifth full-length studio album on Merge Records. “Runaway” kicks the album off with a perfectly crafted and concise pop song, and it’s hard not to dance around and sing along to the joyously exuberant hooks, comprised of traded male/female vocals and layers of harmonies. The momentum continues with “Last to Know,” which combines ’80s glam rock vocals, a stomping rhythm, and an explosive chorus with verses about betrayal, trophy wives and booster seats. The next few songs are sprinkled with electronic flourishes and skillful singing and songwriting, but they don’t have the same staying power. The album becomes monotonous, with hushed vocals and slow tempos, after the fifth track, until “It’s You” finds Lynn Truell taking over the lead vocals, giving Sound some needed variety. Imperial Teen isn’t doing anything daring or groundbreaking, but they do manage to create great pop songs.