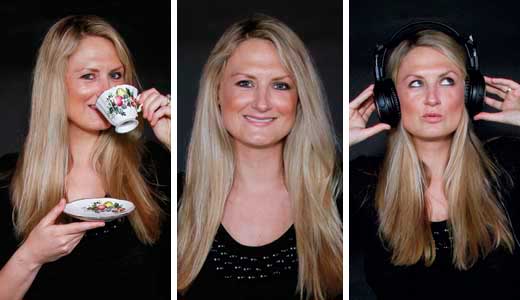 I believe that children are our future

There’s an interesting quote from Steven Tyler in the February issue of O: The Oprah Magazine. After they’ve done the usual ego stroking and rich person spirituality sharing, the TV queen asks if the “American Idol” judge finds it difficult to hurt people’s feelings on the show. “Yeah. And I’ll tell you why. How many children have been sung to by their mothers when they’re 3 years old? Even though their mothers can’t sing. They sing to them anyway — You are the angel of my life. I don’t want to tell someone they can’t sing and they go home and now they’ll never sing to their baby.”

My son is in the questionably enviable position of having a mum who can’t sing a note but insists on doing so anyway. I want him to be surrounded by music. As he was delivered at Norton Suburban, I distinctly remember Kenny Chesney’s “Somewhere With You” playing on the radio and feeling relieved. A fan of bad country music, he’d had to endure that tune on repeat as I drove to and from U of L during his last few months of gestation, so at least something would be familiar to him as he emerged, my squirming pink piglet, into his bright new world. He was serenaded as a newborn to “Ice Ice Baby,” rap et al, and then, at a few months old, we moved on to songs I could swing him in his sling to: Elvis Presley, Elton John and, somewhat randomly (I’m blaming my post-partum hormones), Bread.

It was in this spirit of swagger that William and I signed up for Music Together classes at Shine. I needed a) something to occupy my easily bored 8-month-old and b) a reason to get out of my pajamas on a cold winter morning other than decent coffee. I’d heard these classes were loud, fun, full of movement and laughter, and that babies left the class so happily worn out, they allowed their frazzled mothers to pop over the road to Ghyslain for lunch without making a fuss.

Music Together works on the philosophy that all children are musical and that participation by their parents and caregivers is essential to a child’s musical growth. After reading through the booklet, alarm bells started to ring. I’d have to sing? In public? “Not every parent feels comfortable in class at first,” the literature warns … “We invite you to be childlike again.”

Oh darn, I was nervous there’d be a catch like this. And this is where my Britishness really holds me back. Ricky Gervais’ partner in crime, Stephen Merchant, perfectly described the differences between UK and U.S. participation in a recent interview. “In England, the audience can be quite surly at times,” he told The Los Angeles Times. “You get the feeling that they are sitting with their arms crossed, sort of, ‘Yeah, listen. It was raining; we had to park the car, so this better be funny, mate.’ American audiences just seemed much more enthusiastic, like, ‘Yay! It’s great, it’ll be fun! Let’s enjoy.’”

This was certainly true on East Market Street during our first class. A gaggle of new mums, a handful of grannies and a lone dad sat around a big drum, children of varying ages plopped on laps in front of them. Our pied piper, Maria — a woman who could have been sent from Central Casting, she was so perfect to lead our band of hippy papas and exuberant yogis — got out her guitar and started to sing. The facial expressions around me — huge eyes, exaggerated smiles and wiggly tongues — showed everyone else was having a wonderful time. I kept expecting Larry David to walk in.

I caught my English son trying to catch the eye of a 6-month-old called Espen while we were being encouraged to shake our maracas. “Are they crazy? What are we doing here?” he motioned to his comrade while chewing on the wooden instrument. My British reserve made the exercise where we had to tickle each other quite impossible. And as for pretending to be an elephant, I think my trunk blushed.

Yet as an hour of our wild warbling passed, I was forced to pack my cynicism away with the cymbals. Maria was catnip for kids. William had fallen in love. She got him at a jaunty little number called “Trot, Old Joe,” and I’d never seen him so giggly or rhythmic. By the time we sat back around the drum for “Goodbye, So Long, Farewell” (We’ll see you soon again, my friends), I was simultaneously tearing up and planning William’s first concert at Wembley Stadium.