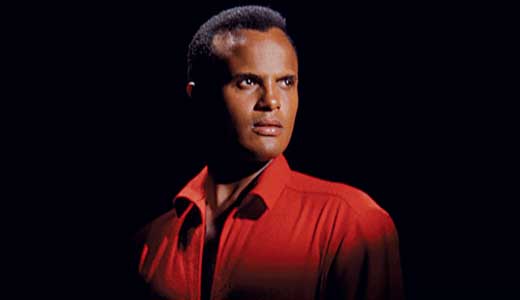 In the course of his 80-plus years, Harry Belafonte has gone from pauper to prince, never once forgetting from whence he came. The cynic would walk through his new autobiography with a factory broom to sweep up the inordinate amount of dropped names, though that cynic would deny the truth of Belafonte’s real connections to the history he shares with those names. Let’s collect a few: Sidney Poitier, Robert Kennedy, John Kennedy, Coretta and Martin Luther King Jr., Dorothy Dandridge, Nelson Mandela, Marlon Brando, Fidel Castro. Not since “Quantum Leap” has an individual mingled with so many boldfaced names in one lifetime.

To say Harry Belafonte has a story to tell understates understatement. In “My Song,” Belafonte, with co-writer Michael Shnayerson, recounts his many lives, from a poor immigrant’s son in New York, to living in Jamaica in his later childhood, to his dream of acting and accidental singing career. You see, the man best known for “The Banana Boat Song” didn’t want to be a singer. He just happened to be in a play with a few songs in it, and, during one performance, Lester Young and the manager of The Royal Roost, Monte Kay, happened in. Impressed, Kay offered him a gig. When your first night onstage includes backing from Max Roach, Al Haig and Charlie Parker, it bodes well for your future.

From the very start, Belafonte used his successes, even in their modest beginnings, to promote causes he believed in. Simultaneously following and learning the lessons of the singer and activist Paul Robeson, he managed to dodge the career-ending alignments and accusations Robeson endured, and has had as near a picture-perfect career balancing entertainment and advocacy as one could ever hope to have. By the early 1960s, beyond headlining Carnegie Hall and introducing the world to a harmonica player named Bob Dylan, his apartment became the New York City home base for King and the Southern Christian Leadership Conference, providing lodging and space for strategy meetings and fundraisers. Later, Belafonte became more involved in global matters, including the anti-Apartheid movement in South Africa.

To fit all that Belafonte’s done into 82 years of life is astounding; that he fit it into 450 pages without it feeling bloated or glossed over is astonishing. “My Song” is a quick, well-written read, and the book’s pacing and narrative is near flawless. In his advanced age, he leaves little out, owning his missteps and shortcomings without condition or excuse. His two most complex relationships are ones he still wrestles with today. His mother, to borrow from Prince, was never satisfied. What was good was never quite good enough, and what was bad was always unforgivable. Harry was constantly playing catch-up, even as an adult, the little boy craving his mother’s attention and affection that was never in supply.

On a more evenly competitive field, the parallels of Belafonte’s career with that of Poitier are worthy of study in and of itself. Their paths crossed countless times, both personally and professionally, and while they count each other as friends, their relationship has not been without its wounds. The last anecdote he tells of Poitier is of the failure of Belafonte’s planned Nelson Mandela biopic, set to star Poitier as the South African leader. When Poitier signed on to a competing Mandela flick shortly after agreeing, then rescinded his involvement with Belafonte’s production (which led to its cancellation), it left a scar on their friendship.

He repeatedly gives credit to his wives and therapists for molding and shaping his understanding of his actions and surroundings, and speaks of his relationships with an honesty few of us will ever have. “My Song” is as much the song of the 20th century as it is that of one single man.