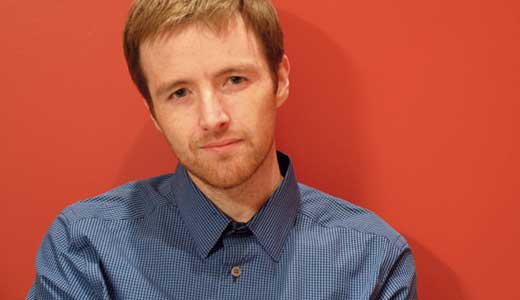 JP Source isn’t just another DJ. He’s a sound artist who describes his sounds as “Deep balearic disco party house,” and, unlike most American DJs, he speaks with a British accent because he’s actually British. His new EP is titled Get Your Bearings.

LEO: How did this record release come together?

JPS: The tracks are very party-oriented, especially in contrast to a release I had this year on Audio Parallax, which was a much more cerebral, almost cathartic EP. The tracks (on Get Your Bearings) had been tested on the dance floor rigorously. The people behind the label liked the fun vibe of the tracks and said they wanted to put them out, which was lovely! I really like their attitude, which maintains a healthy work ethic without taking themselves too seriously.

LEO: How do you respond to people who diss DJs?

JPS: It depends how big they are. Essentially, when I’m DJing, all I’m trying to do is play you some music that I think you will like. If it’s not working out, then whoops, but let’s not fall out about it. I really haven’t heard about anyone “dissing” DJs too much recently, apart from Noel Gallagher — but I think he was referring to a lot of the chart dance stuff sounding the same.

LEO: Who are some locals doing stuff you find interesting?

JPS: I’ve spent a lot of time with OK Deejays. They have been really friendly and helpful to me since I got here. I DJ with them when I can, and it’s always fun. I really love WFPK. It’s really pretty unique, particularly in the later hours. That radio station is allegorical for a lot of things that I have found in the music and art scene here in Louisville, in that it isn’t just “good for Kentucky,” it’s really an outstanding thing as part of a much wider sense. The restaurants and many, many ales are good here, too.