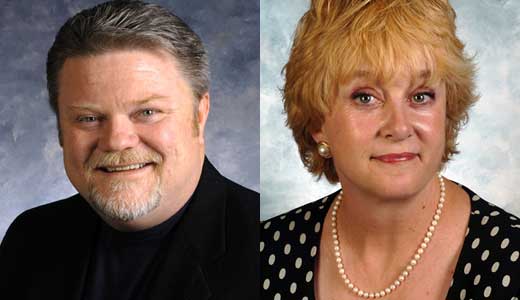 In Gov. Steve Beshear’s inaugural address last month, he said voters sent a clear message in the November elections. They wanted leaders who would “build bridges,” “are motivated by the common good,” and who “reject the politics of division.”

Any poor naïve folks who thought that such a bipartisan utopia was possible in Frankfort were given a hard dose of reality last week.

The General Assembly tackled legislative redistricting with the type of petty vindictiveness and tribalism that Kentuckians have come to know and run away from in horror and apathy.

The first shot fired was in the state House, where Democratic Speaker Greg Stumbo carved out a map that managed to put nine Republican incumbents in the same district as each other, ensuring his party’s ability to increase its majority.

But if Stumbo fired the first bullet, Senate Republicans fired back with a nuclear bomb.

Over the past three years, Democratic Sen. Kathy Stein of Lexington, maybe the most unapologetically liberal legislator in Frankfort, has been one of the few people willing to openly challenge the iron grip of Senate President David Williams on the floor of the chamber. And for that, she and her constituents in Lexington — which also handed Williams a humiliating blowout in her district last year — paid the ultimate price.

Stein’s Lexington district was not just carved up to the liking of Williams and redistricting committee chairman Sen. Damon Thayer, R-17, but renumbered from an odd (13th District) to an even number (4th District). This means that her district’s election scheduled for this year would be pushed back another two years, and if she wants to run for re-election, she’ll have to move to the “new” 13th District in rural northeastern Kentucky.

Meanwhile, people in downtown Lexington would now be represented for the next two years, whether they like it or not, by the current 4th District senator, Dorsey Ridley, who is not only conservative, but lives three hours away in western Kentucky.

Louisville’s Democratic delegation in the Senate also got the shaft, as Sen. Perry Clark was moved into the same district as Sen. Denise Harper Angel, leaving his old district in southwest Louisville up for grabs this November.

And had Democratic Sen. Tim Shaughnessy not already announced that he will not run for re-election this year, he would have found himself no longer in his liberal 19th District of the Highlands, but in Republican Sen. Julie Denton’s 36th District. And the 19th District, once a Democratic lock, now stretches through the conservative East End all the way to Oldham County, making it likely to be a Republican pick-up in this fall’s election.

In a perverse way, both chambers easily passing each other’s vindictive redistricting maps was bipartisan. Senate Republicans looked the other way when passing the House redistricting plan, which stung their party mates in that chamber, just as House Democrats did so at the expense of Democrats in the Senate.

Narrow self-interest, looking out for your own personal political safety above all else, knows no party lines.

But of course, once House Bill 1 was passed by both chambers and sent to Gov. Beshear for his signature, this provided him the opportunity to send a message to both parties. With his veto, he could send a message that Frankfort is above childish partisan games, and send them back to the drawing board to do the work their constituents expect of them.

Sure enough, in a statement Friday afternoon, Beshear blistered Williams for targeting Stein, calling it “personal vindictiveness that should have no place in this process.”

But then he signed the bill anyway. After all, he has a gambling bill to pass, so let’s just sweep all of that noble talk of the bipartisan “common good” aside and move on.

Both Hoover and Stein are expected to file injunctions this week to stop HB1 from going into effect. If Kentucky could file an injunction against the entire General Assembly for the next 12 months, I’m sure they would, too.