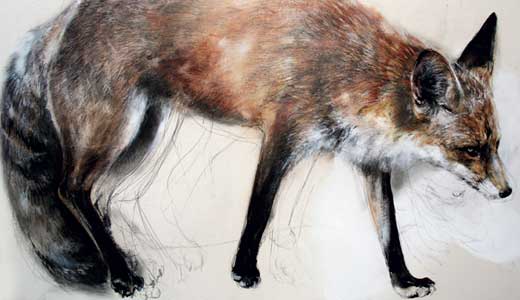 Adapting to high school: one of life’s great opportunities, or traumas. Or both. In Alecia Whitaker’s YA coming-of-age novel “The Queen of Kentucky,” a farmgirl gets a quick chance to get in with the cool kids. It’s a ride that Ricki Jo hops onto for all it’s worth … at first. There’s a boy in her life who wishes she wouldn’t change so much so fast, but Ricki Jo has stars in her eyes — and it’s going to take at least one very rough lesson before she gets her priorities in an order she can live with. Whitaker, who’ll be reading and signing at Carmichael’s on Friday, is originally from Cynthiana but these days is a Manhattanite who moonlights with the Kentucky Governor’s School for the Arts. —T.E. Lyons

It’s been a long time coming, but this weekend, Civil Wars will come to neutral ground in the bluegrass state. The duo, Joy Williams and John Paul White, met less than three years ago in Nashville, and they have launched a full-fledged ambush of mainstream country music ever since. Still on tour supporting their debut full-length album, Barton Hollow, released last February, Civil Wars bring their cannon stacked with critically acclaimed tales of loss and woe to the Brown Theatre Friday night. As successful as the group has been recently, pop-country they aren’t — the voices of Williams and White and their haunting, ethereal, country-tinged folk songs are a perfect way to spend an evening. —Brent Owen

This ain’t your grandma’s bingo — PBR Bingo is taking over the Monkey Wrench Friday night, offering participants loads of PBR swag, gift cards and … get this … a Pabst Blue Ribbon Doghouse for the winner of the coverall game at 12:30 a.m. The $8 cover gets you a bingo card, and the first game starts at 9:20 p.m. Hosted by Matt Ray and Jason Vorhees (mmmkay?), the evening includes entertainment by Nashville’s Jason & The PunkNecks, the girls from Rebel Riot Revue, Scarlett Jazzibelles and the Bamboozle Breakdance Crew. I went to one of these events a few years back when they were held at Spinelli’s, and I shotgunned more PBRs that night than I ever did in college. Expect debauchery. —Sara Havens

This triple bill of kinda weird but surprisingly accessible-ish splatter of noise is almost too much for one night in winter. Lexington’s Cross has evolved into a blistering psych/kraut groovy hate band. Natives are one of Louisville’s few bands heading toward the SXSW fest in March, so they will happily blow your ears off in exchange for the gas money they’ll need to drive to Austin. Last but not least, Joe Meredith — erstwhile frontman of Invaders and The Merediths, two recently beloved bands — continues to follow his path, as our Jeff Mangum ventures back on stage to play a solo set of probably Donovan-esque “psych pop” that, who knows, we might not get to see again for a while. Also, Seethings (aka Tim Furnish) will provide live video projections, helping to kick substances into overdrive. —Peter Berkowitz

‘Food for Thought’ After Dark

Since 2005, the Louisville Visual Art Association has hosted Food for Thought, a lecture and luncheon series at the Water Tower. This month, the organization is trying something different. They’re going to show us their night moves. With samples of bourbon and wine, snacks from Eiderdown, coffee by Argo Sons and Cellar Door Chocolates, the nighttime event is set to light up the Green Haus. And the main event? Artist and director of the Green Building Gallery Daniel Pfalzgraf is the guest speaker. Pfalzgraf uses motor oil to paint portraits. Is his medium a comment on our culture’s addiction to oil or an interest in utilizing recycled materials? You’ll have to go see him to find out. Seating is limited. —Mali Anderson

Dust off those peek-a-boo hats and raccoon shawls. To commemorate the historic passing of Prohibition — aka the Volstead Act — the founders of Butchertown’s anticipated Boiler Room will slosh together an invigorating blend of, what else, old-timey and craft cocktails. The shindy throws down 92 years after the 18th Amendment took effect in January of 1920. Host Jared Schubert invites all would-be Gatsbys, flappers and hooch smugglers to don their best Roaring Twenties attire. The Boiler Room, which has been seemingly in the works since Repeal Day, is slated for an April grand opening. Live music and hors d’oeuvres will be served. —J. Christian Walsh

When I first saw the high school from which I would eventually graduate, I liked it immediately because the main building was a very garish pink color. That they didn’t have a football team also deluded me into thinking it would be a creative, supportive environment where the arts would flourish and weirdos would rule. Well, does that ever happen anywhere? The students at KCD can complain about many things, I’m sure, but my alma matter didn’t have a theater that hosted concerts by folks like Abigail Washburn, the clawhammer banjo player and singer/songwriter whose work with Bela Fleck and Ben Sollee in the Sparrow Quartet was surpassed by her excellent recent solo album, City of Refuge. The former resident of China, fluent in Mandarin, spent half of November there with a band that included fiddler Ross Holmes of Mumford & Sons. —Peter Berkowitz

You might have thought we’d settled this girls vs. boys noise by now, especially with the groundbreaking Obama/Hillary power duo going strong three years in, but no. The Monkey Wrench starts a new bi-monthly (pun not really intended) DJ series featuring the “Scarface” of local male DJs, Matt Anthony, sharing the crate digging with DJ Duffy, who (according to the official statement) “holds it down for the females … she pleases crowds with bass-heavy throbbing electro.” While one could sell this as a battle royal between her more electronic dance flavors rubbing up against his more organic, international choices, as political fights go, this one’s pretty innocuous. Join them on the second and last Saturdays of each month to get down, let it all hang out and, who knows, maybe make some babies in the bathroom. —Peter Berkowitz

The phrase “Out with the old, in with new” does not apply to Douglas Miller. He brings both old and new art to his solo exhibit. “I am continually reclaiming old drawings that I had abandoned and reworking them,” he says. “I like the idea of something ‘old’ and ‘new’ presented together without a division between them.” Miller is a product of the famed Ringling College of Art in Sarasota and the University of Louisville, holding a bachelor’s of fine arts. Having lived in Louisville for many years now, Miller’s experiences have helped his art grow. “There is no conclusion to my work — it is neither beginning nor ending.” As an accomplished artist with collections in the Speed School, Oktopus Design, as well as those privately held, Miller says he is delighted to make a living doing what he loves. “I’ve always wanted to be an artist; there was never anything else to be.” —Allison Ray

Don’t ask me how it happened, but college choruses are all the rage these days. And one of the best — the Millikin University Choir — sings a date here Tuesday night at Christ United Methodist Church. Yes, Bach will be on the program, but the choir will also swing right up to the minute with compositions penned for today’s modern choirs. So the sound of the songs will change — which one might expect when Latin is followed by an American Negro spiritual, followed by something sung in Latvian. And did we mention the 55 choir members aim their voices to advantage by moving around in their performances? Guess it’s not your Aunt Winnie’s chorus. Although my own Aunt Winnie did do a year at Millikin in Decatur, Ill. Bradley Holmes conducts. —Bill Doolittle

Artists occasionally feel the need to do it all, from grinding the pigment to digging out the clay. It’s all part of their creative process. Mary Kinney once belonged to that camp, raising her own sheep so she could make wool hats and scarves. “But through those years, I never quite abandoned my love of the process of painting,” she says. Kinney still hasn’t chosen the easy route. She paints with encaustic, which uses beeswax as its binder. She doesn’t stop there. Since she likes to experiment, she adds various drawing and painting components to the mix, such as collage, charcoal and oil. “The experimental part of this procedure is fascinating,” Kinney says. “That is where I receive the most satisfaction and feeling of accomplishment.” —Jo Anne Triplett

The exhibition “Spiritual Fluctuations: A Structure by Which the Art of One’s Life Can Be Experienced” is intended to help viewers understand the connectivity of the universe. The sculpture, paintings and installation by Bill Wells are based on his need for spirituality and advocacy in his work and his “… struggle to realize an art that reflects the flows of the ‘hows’ and then the ‘whys’ of nature’s locomotion.” The artist’s reception is on Sunday, Jan. 15, from 2-4 p.m. Wells is also part of the panel discussion “The Crossroads in Art and Healing” on Tuesday, Jan. 17, at 7 p.m. A film series also starts on Jan. 17, including documentaries on architect Fay Jones and art therapy. See the website for details. —Jo Anne Triplett