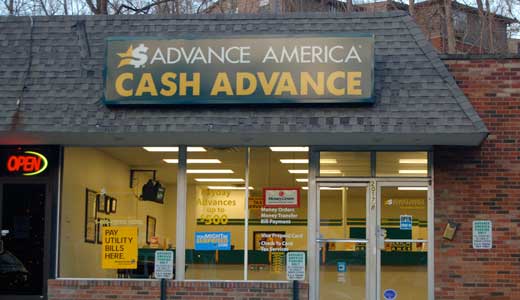 Payday lenders across the commonwealth advertise themselves as a quick path to “easy money,” but efforts to put tighter regulations on the powerful industry in Frankfort has proved to be neither a quick nor easy task.

Last year, Democratic Louisville state Rep. Darryl Owens’ bill to put a 36 percent cap on the annualized interest rate of payday loans — which can amount to over 400 percent and trap unsuspecting borrowers in a spiral of debt — was finally given a hearing in the House Banking and Insurance Committee after two successive years of trying in vain.

However, despite broad support of 65 advocate groups making up the Kentucky Coalition for Responsible Lending, the bill was defeated by a 10-13 vote in committee, with seven members either not showing up to vote or abstaining.

That special interest group would be the multi-billion dollar payday loan industry, made up of a handful of companies headquartered in other states, with stores around the country dwarfing even the largest fast-food chains.

A new state database monitoring their approximately 600 locations around Kentucky showed that in 2010, more than 200,000 Kentuckians took out 2.1 million loans, totaling $660 million — along with over $100 million in fees.

Advocates of a 36 percent cap point to these numbers as a reason why Kentucky should join the 18 other states that have capped interest rates or banned payday lenders outright. They also point out that most people take out multiple loans (more than 10 on average), which can result in more than $1,000 in fees.

However, the payday loan industry argues this volume of loans indicates happy customers, and that such a cap would put them out of business and leave desperate citizens unable to quickly obtain a loan in times of financial crisis.

Ultimately, the latter argument won out in the House committee last year, as eight Democrats — and all 12 Republicans — did not vote for Owens’ bill.

As Owens prepares to file the same bill in this year’s General Assembly, he and his allies must hurdle the same obstacle they could not overcome last year: a wealthy payday loan industry flooding both parties with campaign contributions and powerful lobbyists who have convinced many they are more hero than villain.

In 2009, Rep. Johnny Bell, D-Glasgow, sponsored a bill requiring the Department of Financial Institutions to establish a database that monitors payday loans to ensure lenders do not allow borrowers to take out more than two loans at a time or more than $500.

However, Bell voted against Owens’ bill in committee last year, arguing that further regulations would ultimately hurt his constituents.

“A 36 percent cap is excessive and would put them out of business,” Bell says. “That’s what the data I’ve seen shows, and my constituents need them.”

Though the payday loan industry has given only a small number of campaign contributions to Bell, in recent years, they have become a powerful force in financing both political parties with hundreds of thousands of dollars.

Garry McNabb, CEO of Cookeville, Tenn.-based Cash Express — the largest private payday loan company in the country — is the biggest spender in the industry. In recent years, he and his family have given $50,000 to the Kentucky Democratic Party and $41,000 to the Republican Party of Kentucky. He also hosted big-money fundraisers in Tennessee for both parties’ gubernatorial candidates, Steve Beshear and David Williams.

Cash Express also employs the highest paid and arguably most powerful lobbyist in Frankfort, Bob Babbage, who has given the KDP $20,000 in contributions.

But Cash Express is not alone in contributing significant amounts to both parties. The family of Allan Jones, CEO of another Tennessee giant, Check Into Cash, has given $17,500 to the RPK, while executives of Ohio-based CNG Financial have split more than $12,000 among both parties.

The industry has also spent over $460,000 on lobbyists in Frankfort over the past three years, employing seven during the current legislative session.

Payday lenders and their political action committees have also given over $20,000 to the House Democratic Caucus Campaign Committee and over $10,000 to the Senate Republican Caucus Campaign Committee in recent years. Those are the respective parties that control the Banking and Insurance committees in each chamber, the first stop for legislation regulating the payday loan industry.

Perhaps not surprisingly, the industry has contributed almost $40,000 to individual members of these committees in recent years.

House committee chairman Rep. Jeff Greer, D-Brandenburg, has received more than $7,000 from payday lenders. Though Greer kept Owens’ bill from getting a hearing in 2009 and 2010 — to the chagrin of its advocates — he relented last year and voted for the bill, citing the desire of his constituents.

Another committee member, Democratic Rep. Bob Damron of Nicholasville, has received almost $6,000 from payday lenders and chairs the aforementioned campaign committee for Democrats. Damron left last year’s hearing before the vote was taken.

“Well, they drug it out so long that I left the committee meeting, but I was not going to vote for it anyway,” Damron tells LEO. “I don’t like the industry, I don’t like what they do, and I would not use that personally. But until someone is able to show me a realistic option that replaces them and meets the needs of these people, I can’t be for it.”

As for the contributions to him and his committee, Damron says that has zero impact on his vote.

Damron followed up the interview with an email (sent to both LEO Weekly and a communications director with the Legislative Research Commission) taking issue with the line of questioning, stating, “It will now be a cold day in hell before I ever vote for that damn bill to limit them.”

LEO replied to the email, asking Damron if he stands by that statement, to which he replied simply, “NO.”

Fellow committee member Rep. Dennis Keene, D-Wilder, received $5,000 from the payday industry, and chose to “pass” from voting for or against Owens’ bill last year. He did not respond to an interview request from LEO.

Despite the rough environment for Owens’ bill, advocates also have reason to be more optimistic for its passage this year.

The conservative Kentucky Baptist Convention passed a resolution in favor of the 36 percent cap last fall. They said such loans are “designed to entrap households in debt,” adding that their Christian faith “has historically opposed and deemed usurious loans at exorbitant rates of interest, especially those who are poor.”

“Our committee on resolutions was not looking at this as being a Republican or Democrat issue, but simply an issue of basic fairness for individuals,” explained Robert Reeves, communications director for the Baptist Convention. “And we would certainly hope that all legislators of either party would take a close look at this bill this year and consider passing it.”

The Kentucky Baptist Convention and other Christian groups in the Kentucky Coalition for Responsible Lending reached out to Rep. Mike Harmon, R-Danville, one of the most conservative members of the House who voted against the bill in committee last year. Surprisingly, Harmon has become much more open to the bill.

“They had asked me to pray about it, and I told them I would,” Harmon says. “And once I prayed about it, I came up with a compromise.”

Harmon hopes to talk with Owens about his proposed compromise, which would cap the interest rate but add a $30 application fee for a loan.

Additionally, Democratic Rep. Dennis Horlander of Louisville — who voted against the bill last year because he didn’t think enough time had passed to observe the Department of Financial Institutions’ database of the industry — tells LEO he would be more open to voting for it this year.

The bill also has the strong backing of House Speaker Greg Stumbo, D-Prestonsburg, who will co-sponsor it again.

“It’s one of those issues where there’s a lot of disinformation by the industry,” Stumbo says. “But with this information from the (database), it’s easier to sell to the members when you have the true facts. So I’m hopeful that we’ll get a better result this time.”

When asked if he will push reluctant Democrats on the committee, Stumbo says the bill has not been adopted as a caucus issue, but he “would encourage them to vote for it.”

Gov. Steve Beshear, a lobbyist for the payday industry in the late 1990s, tells LEO through spokeswoman Kerri Richardson that he will once again support the bill, though the question of whether he will lobby Democrats in committee was left unanswered.

Attorney General Jack Conway and his office’s Consumer Advisory Council also remain supportive of the bill, as the high-interest payday loans can create “a cycle of dependence where the consumer has little chance of repaying the debt.”

But ultimately, Owens’ legislation will go nowhere again unless five more members of the House Banking and Insurance Committee come forward to support it.