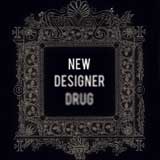 The L.A. duo of Jack Davey and Brook D’Leau has quite a tale in their short history. After recording their first songs, Warner Brothers signed them, promising “artistic freedom” amid other caviar dreams. The group recorded three versions of New Designer Drug while the label tried to persuade Jack that she’d get more attention from them solo. She refused, and after three years wasting away in release date limbo, the group is selling the liner notes to the record for a pittance, tossing in the album as a “free” bonus, the cleverest middle finger in recent music industry history. New Designer Drug’s sound travels, though it keeps a toothbrush in R&B’s guest bath. It’s strongly informed by Controversy-era Prince, pre-“Milkshake” Kelis and New Wave’s synths, with a sharp, flirty wit that could embarrass a guy at a stop light who may be singing along (don’t give me that look). The Thundercat-featuring “Queen of Wonderland” is catchy as hell, while “[email protected]” is a toothache’s worth of confection you keep replaying. “Turn the Lights Out” is the perfect culmination of their talents, cooking up Devo, Flying Lotus and ’90s R&B into the best $3 gumbo you’ll ever buy.