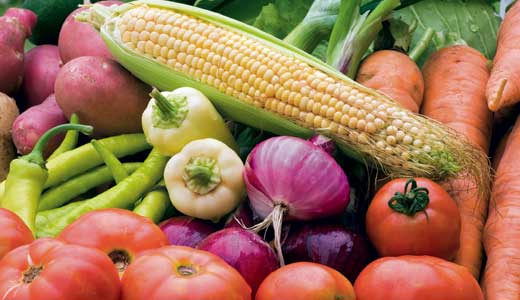 The Louisville Free Public Library’s viewing party of the “TEDx Manhattan: Changing the Way We Eat” seminar hit all the talking points you’d expect from such an experience: Appeals to “vote with your fork” and laments on the fable of “free range” were set to the requisite backdrop of manure lagoon footage taken from factory farms. The conference offered its share of fresh ideas and included an update on what’s been happening around town with the mayor’s “State of the Local Food Economy” address.

Although reviews were mixed on last October’s food truck regulations, Mayor Greg Fischer has generally been an effective cheerleader for Louisville’s local food movement. Some might even go so far as to call him the nation’s foodiest mayor. Stephen Reily, the moderator of Louisville’s satellite conference, said when introducing Fischer, “I’ve talked to some national people who’ve actually said they can’t find an example of another mayor who is focusing on food as an economic development tool.”

Fischer and the city also received a webcast shout-out from the main “TEDx” event in New York City, when Diane Hatz, founder of The Glynwood Institute for Sustainable Food and Farming, saluted him in her opening comments.

Fischer’s address came on the heels of the U.S. Conference of Mayors in Washington, D.C., where he obtained a Childhood Obesity Prevention grant. Louisville is the first city to receive this $150,000 award. It was given in recognition of programs like “Healthy in a Hurry Corner Stores,” which expanded to six outlets last year. “Healthy in a Hurry” targets food deserts with fresh produce, offering some 17,000 Louisville households walking-distance access to fruits and veggies. It’s a concern Fischer has been vocal about and a campaign promise he’s trying to make good on.

“Better food availability is the right thing to do,” Fischer told LEO Weekly while still a candidate in 2010. “This is a health equity issue; it is an injustice for parts of our community to not have access to fruits and vegetables. We need to ensure access as a matter of fairness … An unhealthy populace can’t be productive, and associated problems have the potential to swamp our social and health systems.”

During Saturday’s address, Fischer applauded bright spots on the restaurant scene, like Harvest, Rye and Lilly’s, then spotlighted some of the city’s behind-the-scenes legwork that, as he said, doesn’t always make it to Facebook. One such outfit is the Farm to Table program, which, among other things, helps local farmers navigate through the Jefferson County Public Schools bidding process. As a result, the school system has already submitted orders for 19,000 pounds of green peppers from local farms for this coming year — up from 3,000 last year. This win-win helps ensure nutritional school lunches while keeping JCPS operating dollars closer to home.

The type of connectivity the Farm to Table program provides was a reoccurring theme and one of the takeaways from both the “TEDx” webcast and local breakout sessions. As the appetite for local and seasonal food increases and more growers get growing, the importance of linking buyer and seller also rises. In New York, Patty Cantrell spoke of a need for better “food pathways” and tightening the family farm supply chain. While in Louisville, Maggie Keith of Slow Foods Bluegrass co-hosted a discussion on improving food access with Jennie Jean Davidson of the Food Policy Advisory Council — a new agency also touted in the mayor’s address.

During that breakout, one farmer described the impracticalities of driving 40 minutes into town to make small deliveries, while also being expected to work her land. Collective delivery services like Grasshoppers Distribution and more traditional CSAs like New Roots and Fresh Stop were mentioned as a way of possibly aiding in that regard. For their part, the administration hopes to continue streamlining the local food supply chain. The mayor has proposed a revolving loan program designed to help smaller suppliers connect with organizations that have large food needs — U of L catering, for example. Fischer would like to see that program running by spring.

“We consume in Louisville about $3 billion of food every year,” Fischer said. “3 billion dollars! So the key for us is, how much of that can be local food?”

Fischer styles himself as something of a pro-business progressive, believing that profit-driven multi-nationals can learn from the ideals of “hyper-local” companies and social programs (and vice versa). In other words, he sees an advantageous overlap in the work of our Brown-Formans and our Grasshoppers and urges the local food movement to explore it.

The mayor also urged us on Saturday to get online and vote for ourselves in Southern Living magazine’s “The South’s Tastiest Town” poll, the subject of some good-natured trash talk at the Conference of Mayors between Fischer and Cedric Glover, Shreveport’s heavyweight mayor. Louisville is currently in second, trailing Lafayette, La. Voting ends Tuesday, Jan. 31 (southernliving.com).