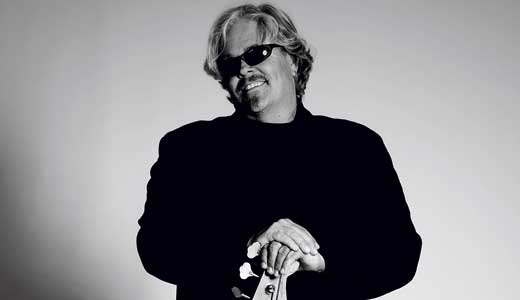 “To be honest, if the Doobie Brothers hadn’t come along, I don’t know if I could’ve held on to my house.”

So says John Cowan, a pioneer of the genre known as “Newgrass.”

“The economic crush was just terrible,” the friendly and surprisingly frank Cowan tells LEO. The Evansville native, the only member of New Grass Revival who hadn’t come from a bluegrass background, had toured with the Doobies briefly in the mid-’90s and returned last year as bassist for the classic rock group, partially out of necessity.

Now, with his own trio, the 58-year-old returns to a city he long ago called home. Louisville, what Cowan calls “my favorite town in the world,” is where he began his musical career after graduating from Eastern High School.

“I consider myself a native. I don’t know if Louisville considers me a native, but I do.” He played in bands like Everyday People and Louisville Sound Department before joining Sam Bush in New Grass Revival at the age of 20. That band, which fused traditional bluegrass with a ’70s rock ’n’ roll energy, also helped launch Bela Fleck to prominence.

Cowan moved to Nashville in 1980. “It’s a great place. I love Nashville, I really do. Other than serious conservative Christian churches every two blocks, and the attitude that goes along with that, it’s actually a great town to be an artist in — believe it or not.”

Having worked with everyone from obscure bluegrass pickers to Garth Brooks and Wynonna to the aforementioned Doobies, Cowan acknowledges, “I’ve had a kind of curious life. By choice or by the artists’ path, it’s been a nice mix of both art and commerce for me … My time in New Grass Revival branded me every way possible that is good.”

The band may not have sold millions of albums, but many musicians were fans. “That’s a great calling card to have in your pocket. It’s definitely afforded me a lot of respect … To this day, it’s how people — even though I’ve done so many other things — it is, to this day, 20 years after we broke up, still how I’m introduced: ‘Oh, you know, John Cowan from New Grass Revival.’ It’s funny, for a band that never had a hit, to have some relative renown.”

Cowan needed to cash in that relative renown even more after he married a woman with six kids. That midlife transition also meant that the musician had to adapt to two different schedules — long drives on the road and “a fairly normal life” at home.

“It’s a little hard, biologically speaking,” Cowan says. “When I’m on the road, I go to bed at 3 in the morning; but when I’m home, I have to get up at 6 to take them to school. That’s because I want to; I want to spend as much time with them as possible.”

Though Cowan’s family life has been fulfilling, the recent economic downturn hit hard professionally. “It was really tough. Before I got this opportunity to go back to work for the Doobie Brothers, we had a five-piece and then we had to break down to a three-piece. My wife lost her job that year at Christmastime.”

He was dismayed at the closure of ear X-tacy, noting, “One of the downsides to living in the information age is there’s no retail … everything is file sharing and MP3s now. I’ll tell you one thing I’ve witnessed, that most people in my genre — whatever that is,” he says with a hearty laugh, “country bands or whatever — sell CDs at shows, and that’s a big part of their excess income. It certainly is for us.”

Despite all the conflicts, he is still as in love with music as ever. “I think music’s in good shape. The kids are all right, as The Who said once.” Some of Cowan’s recent favorites include the Black Keys, Dawes and Fleet Foxes.

“I’m not one of these guys — I’m 58 — who goes, ‘Everything sucks today.’ I don’t agree with that. Probably the fact that I have kids around me all the time is one reason I’m able to be exposed to modern music. They’re always like, ‘Hey, check this out on YouTube.’”