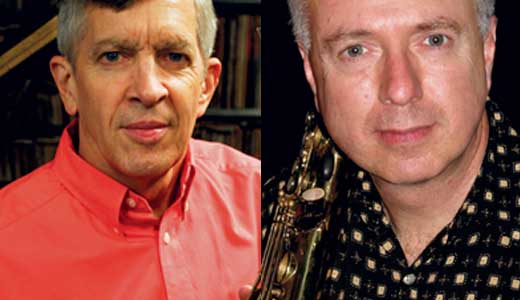 While cities such as New York and Chicago are frequently thought of as jazz meccas, it is Louisville that will host the Jazz Education Network’s Third Annual International Conference. JEN, as the organization is known, “is dedicated to building the jazz arts community by advancing education, promoting performance and developing new audiences,” according to its mission statement. Among the founding members were such renowned musicians as James Moody, Jon Faddis and others.

One of the educators on the steering committee in 2008 was Lou Fischer, a professor of music at the Capitol University Conservatory of Music in Columbus, Ohio. The current JEN president and conference coordinator, “Dr. Lou,” as he prefers, pointed out that JEN is not a successor to the former International Association for Jazz Education (IAJE), which folded in 2007. “We chose to start an organization to fill the void left by the demise of that organization.” He was quick to emphasize that this is the Jazz Education, not Educators Network, noting that all interested parties — not just teachers — are welcome.

While many of the events will be limited to enrollees, others are open to the public. “There are three ways to catch pieces of it,” Dr. Lou says. “First and foremost, our Wednesday evening concert is focused on Kentucky-style music or music produced by Kentucky artists.”

On Friday night, there is a Gala Education Fundraiser, with both a silent and live auction and a concert. Jamey Aebersold, David Baker, Jerry Coker and Dan Haerle will be honored as the first inaugural class of the LeJENds of Jazz, “who have stellar, outstanding credentials in jazz education,” says Dr. Lou. “Funds raised will go to educational outreach, and part of that is to identify schools or organizations that need equipment or instruments, and that’s what that money will go to.”

Additionally, “The other thing that the public can enjoy is the Conservatory Stage that we are erecting in the Conservatory Atrium of the Galt House, in the bar area. That runs from about 9 or 10 a.m. until about 6 p.m., then there’s a break for our evening concert, and then we pick up at 11 p.m. and go until about 1:30 a.m.”

Dr. Lou is pleased to work with University of Louisville professor Jerry Tolson, who serves as on-site coordinator and production assistant. Dr. Lou calls him “Our ‘boots on the ground person,’ who knows everybody locally, who knows who we need to contact regarding our suppliers, potential sponsors and recruits for volunteers, etc. Jerry seemed to fit that mold very well — he’s very well connected in your community — and being affiliated with U of L makes that connection even stronger. I know most of the guys over there; I’ve known Jamey Aebersold many years, and Mike Tracy — it’s just a great fit for Louisville.”

Tolson notes, “A lot of people don’t see the backside of an event like this — they see the front side. We’re talking about six performing venues operating simultaneously pretty much all day. We have over 100 groups that will be performing. This is, incredibly, a combination conference and jazz festival. We’re also being joined this year by TI:ME, Technology Institute for Music Educators, for a conference within a conference. We are co-branding with an audience development group, the Jazz Arts Group out of Columbus, Ohio. So there’s the synergy with all these groups who have joined us.”

Following conferences in St. Louis and New Orleans, Dr. Lou says, “Louisville was an affordable and accessible location. We are trying to get the grassroots people in jazz education to attend.” They estimate more than 3,000 attendees. While this is good for Louisville businesses, Dr. Lou says there is more to the conference.

“We do an outreach service. We will send artists out to 20 schools on Wednesday, Thursday and Friday. We will touch 1,000-plus students in the local community. We want to do more for this community than just come in and live in the hotel for three days and perform for each other. We want to bring something to the community.”