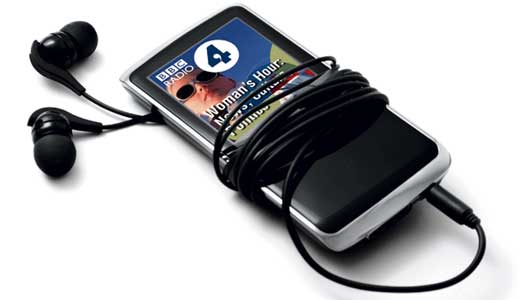 First, an announcement for the New Year. It has come to my attention that a whopping number of peeps still don’t know how to go about listening to podcasts. (Or it might just be their polite way of saying, “Will you stop boring me with this stuff?”) Thus the next few columns will involve some nifty technology tips.

Before that, though, a roundup. Radio — publicly funded radio — is one of the last bastions of genuine journalistic engagement. Over the past year, I have covered numerous podcasts from around the world that take on everything from the music scene of Mali to the making of “The Anatomy of Melancholy” to where to find the best-priced Malbecs.

In that time, I have learned, from the top culture-related ’casts, more about certain authors and their work than I would have in 10 years’ worth of the New Yorker, The New York Times, London Review and Entertainment Weekly combined. It’s stunning how many smart, interested, well-read interviewers there are out there — and how many unknown artists would fall by the wayside without them.

But podcasts are not all super-cerebral. Every show has its moments as jolting as Terry Gross’ infamous interview with Super-Douche Gene Simmons. A little reminder of how that ended:

TG: “I would like to think that the personality you’ve presented on our show today is a persona that you’ve affected as a member of KISS, something you do on stage, before the microphone, but that you’re not nearly as obnoxious in the privacy of your own home or when you’re having dinner with friends.”

GS: “Fair enough. And I’d like to think that the boring lady who’s talking to me now is a lot sexier and more interesting than the one who’s doing NPR.”

So with Gene Simmons as our model and guide (kidding!), here is a summation of some of the sexier-than-NPR moments in 2011 podcasting:

Mark Kermode’s 11-minute takedown of “Sex and the City 2,” after promising, “You’re not going to get a rant about this.”

Melvyn Bragg’s rapid-fire panel discussion of Christina Rosetti’s poetry and possible lesbianism, during which the super-brainy MB gets all giggly and jacked up and hardly knows what to do with himself behind the microphone.

Testy, scrappy Phillip Dodd’s challenges to the maddeningly unctuous Thomas Friedman on his book “That Used to Be Us.”

Open Book’s breathless debate among comedians and comic writers over which is the funniest book of all time. I could not agree more with their conclusion.

And don’t forget the archives of these other fab programs. As Bart Simpson would say, “Just fucking Google it!”: BBC World Book Club; Desert Island Discs; Podularity; Front Row; The Saturday Review; The Film Programme; and Wine for Normal People.