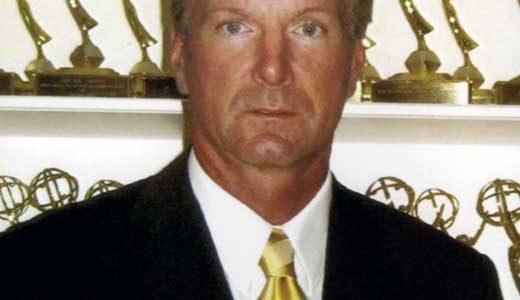 On the surface, John Boel’s autobiographical “On the News … In the News” is a gritty city of two tales: his slow rise as a local TV news star and sudden fall as an alcoholic, busted twice, fired and mired in amazing disgrace. On the surface, it’s a sensational confessional, a cautionary tale of a victim/addict who is highly functional until reality shatters his cast-iron denial.

On the surface, it’s a sweeping socio-cultural critique. Boel lampoons alcohol worship in his native Wisconsin, where “every gas station at interstate exits has single cans of beer on ice in mouth-watering vats … begging for us to drink and drive.” He castigates Kentucky for animal control by gunfire, cockfighting and the colossal cult of “Big Blue Madness.”

Boel parlays his storytelling skills into 46 short, candid chapters couched between pithy headlines and clever endings. That’s all on the surface. Beneath the surface, there’s a parallel narrative

The sparse editing reveals fascinating fumbles as he struggles to be less presumptuous and grandiose. He’s still outspoken, still comfortable with stereotypes, oversimplifications and ticklish labels — and eager to settle scores. He kicks assorted asses but inexplicably withholds their names. Likewise, places, dates and other details are unlisted. Boel casts bitter barbs at the culture of the TV newsrooms — a sausage factory led by vapid, ethically insensitive, ratings-obsessed despots, backstabbing reporters and pampered anchors who skip words they can’t pronounce. Viewers are callous and vile. Critics are reckless and wicked.

But he reserves the most blistering criticism for himself, confessing that he hadn’t matured as a person in the 25 years preceding rehab, where he was “a self-absorbed, bragging blowhard who’s judgmental, superficial and doesn’t care about anyone else.”

Yet he’s one of many “good people with a bad disease,” he writes.

We want to believe Boel is rediscovering some lost humanity, and we’re encouraged by examples of empathy and sympathy for pets and people. His sense of humor is intact, yet he seems jaded, cynical, even angry. His nameless minister removed him from communion duty as an “embarrassment to my own church … hard to do, especially amid all that stuff about Jesus and forgiveness,” he writes.

One gets the sense, amid these superficial profiles, that Boel’s scars are more than superficial. Perhaps his most defining ideal comes as he celebrates a man who forgave a trucker whose negligence killed his two daughters. “I want what he has,” Boel writes. Thus we wonder whether Boel has forgiven his boyhood molester, all the sadists who delighted in his DUIs, harassed or threatened his family — and the malicious critics who mistook his brashness as a license to bash him like a circus monkey.

“From rehab, to group counseling, to 12-step meetings, to struggling friends, I feel like I’ve already helped more people than I did over decades of being a journalist,” he wrote.

Frustration and fatigue seem to foreshadow a career change at the end of the book, which is a riveting, agonizing, amusing must-read for addicts, news junkies, aspiring TV journalists and shallow spokesmodels. But Boel’s postscript marked another plot twist. Just four months after the publication of his withering indictment of TV journalism, he’s back in the news — for being back on the news, on WAVE-3 “Sunrise.”

His journey, deity or destiny willing, is only half-baked. Bring on the second edition and, in the next quarter-century, an equally stunning sequel.

John Boel will speak at a Society of Professional Journalists event on Thursday, Jan. 26, in the Education Center at Baptist Hospital East at 7 p.m. The lecture is free and open to the public.