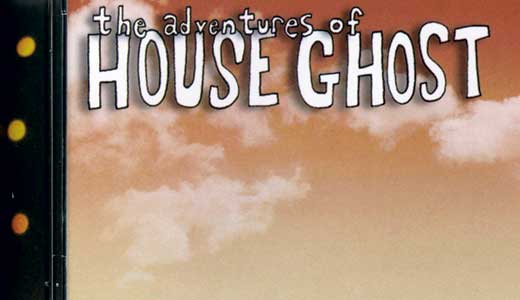 The public release party for the indie pop-rock band House Ghost’s debut full-length album, The Adventures of House Ghost, doubles as an art event for Craig Hawkins at the 930 Art Center in Germantown (doors at 7 p.m. for art, with music beginning at 8 p.m.). House Ghost guitarist Shane St. Clair’s other band, Interstates, had also been scheduled to play this event but recently canceled. The busy man also manages the new gastropub Four Pegs Beer Lounge and Social Eatery. He took a few moments out of his hectic schedule to tell LEO Weekly what his newest band is all about.

LEO: Why did you name your band “Holy Ghost”?

LEO: How did the members meet? What was the initial inspiration for this band?

SS: (Vocalist/bassist) Keith (Miller) and (guitarist) Derek (Keijner) and I have been in project bands and making records for six years, so the three of us have been friends for a while and always made music together. The inspiration for House Ghost was to take Keith’s songs and put them against a surf-y, dream-pop landscape.

LEO: How was recording the album? Did anything funny and/or notable happen during the process?

SS: Recording was/is fun. The record was made in living rooms and basements across Louisville. We’re probably most passionate about the recording and making-records aspect of being a band, so we put a lot of work into it and deliberated a lot.

LEO: Who is the least talented member of this band?

Sample the sounds of The Adventures of House Ghost at your leisure at houseghostmusic.bandcamp.com.