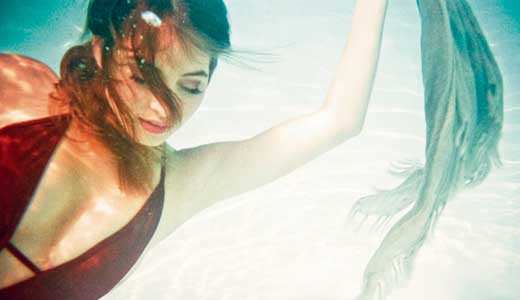 Singer/multi-instrumentalist Cheyenne Marie Mize celebrates the release of her new EP, We Don’t Need, Saturday at Headliners Music Hall, with Silver Tongues opening. She told us about signing with an established indie label and looking toward her next full-length album.

LEO: The EP’s release was delayed from last fall once you signed to Yep Roc.

Cheyenne Marie Mize: Yeah, originally Roaring Colonel Records was going to help us out. We had been talking a little bit to Yep Roc and it made sense, if they were going to come on board, to hold off on the EP and get a bigger team amassed. It was really great. In September, I was in Raleigh for the Hopscotch Festival and got to meet the whole Yep Roc team. They came down and saw our show, and it was great to meet everybody in person.

LEO: Do you feel any more pressure because there’s a potential for a larger audience now?

CMM: No, not more pressure, it’s more excitement. This EP is kind of strange in that it’s a little taste of a lot of different things. In that way, I think there’s probably something for everyone on it (laughs), you know? Everywhere from the really dark, more digital drums and that kind of sound to a little more organic, with percussion and piano going on underneath, and everything else in between, as well.

LEO: When you were putting it together, was it a conscious choice to do it that way?

CMM: Yeah, in a way. I had a group of songs I was ready to record, and each of them were kind of oddballs in their own way, so I figured it would make sense in some weird way (laughs) to put them all together, and just get them out there. I knew it was going to be a while before I could really put out a full-length record on my own; I thought I was going to be doing it on my own, so I really wanted to get some new music out there, considering it had already been two years since I’d recorded Before Lately. I was just ready to get some new stuff out there. Those songs were the first ones that made sense.