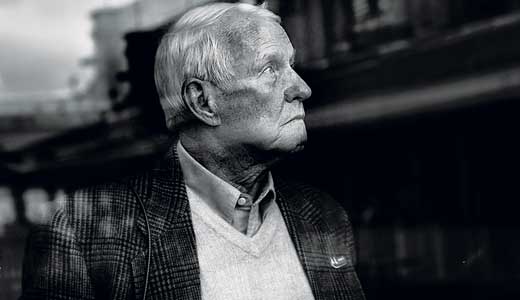 A new photography magazine, THIS … is Louisville, comes out this month. LEO Weekly spoke with creator Maggie Huber about the publication.

LEO: Haven’t you heard print media is dying? Why do a monthly magazine centered on Louisville now?
Maggie Huber: I think I’ve heard that rumor. Now, more than ever, is a good time to do a magazine. I think it’s amazing that with all the technologies and social networking sites out there, we can be so connected and so out of touch with each other at the same time. I wanted to do a magazine on Louisville in hopes to unite the community and get our readers in touch with our neighbors. And I wanted to do it in print with the hopes that it would stick around for a while.

LEO: How did the “light bulb” moment of putting together a magazine come about?
MH: (It) came out of necessity. Freelance work was super slow, and I sort of went in survival mode. I thought that if the opportunity wasn’t coming to me, then maybe I could make the opportunity. I had been kicking around the idea of THIS … is Louisville in my mind for a while, more so as a daydream rather than something I would actually do. In September, we had our first meeting, and we’ve been getting together every Tuesday since.

LEO: Who’s putting this together? What are their backgrounds?
MH: There are seven (photographers): A.E. Bryant, Aaron Borton, Amber Sigman, Dana Reiber, Meagan Jordan, Brett Marshall and Tyler Bissmeyer. Out of that group, seven of us, myself included, went to Western Kentucky University and studied photojournalism. Meagan went to Savannah College of Art and Design and studied art photography.

LEO: What was the inspiration for the magazine?
MH: Ever since I first got into photography, I’ve always been inspired by LIFE magazine and what those photographers did for America. They not only told you about things going on in the world, but they showed us what it felt like to be there. Personally, I was inspired by a photo story I did in college. The story was on a family with a son with Spinal Muscular Atrophy Type 1, which is the baby form of Lou Gehrig’s disease. The mother told me that if just one person saw the story and learned about her son’s condition, it could make a difference. I actually did a follow-up story on them in the first issue.

LEO: Why decide to make it free?
MH: I decided to make it free after consulting with my friend Scott Ritcher, who does K Composite. One of the things he told me was that if I charged even a quarter for the issue, I would cut my readership by 80 percent. And I feel like the stories we’re telling for our subjects are so important that I can’t risk losing readers because of cost.

LEO: Where can readers pick it up?
MH: We’ll have it in the usual spots for local publications, but I also want it to be in the places my mom would go, like waiting rooms, laundromats and grocery stores.