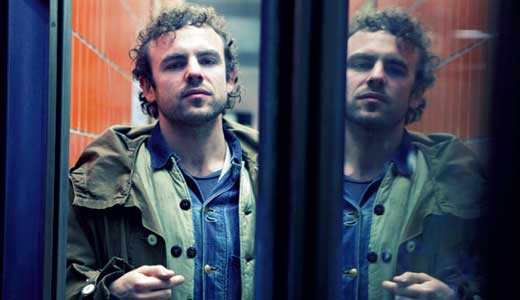 Brooklyn-based singer/song-summoner Damon MacMahon has been quietly crafting fractured folk-junk jams under the Amen Dunes moniker since 2009, with its entirely refreshing and enigmatic debut, DIA. Warranting comparisons to everyone from late-’60s outsider legends like Alexander “Skip” Spence and Michael Yonkers to the demented, primitive brilliance of Sun City Girls and early Royal Trux, Amen Dunes entered Earth with a hard-to-tackle sound of its own.

Having grown tired of the hustle-and-bustle of the country’s cultural epicenter, MacMahon ventured upstate to a secluded cabin in the Catskill Mountains. It was there that Amen Dunes was born. Preceded by evidence of value as a songsmith, both as a collaborator (with Philly-based rockers Inouk) and in his own right (2006’s solo folk-pop album Mansions), MacMahon’s time in the Catskills gave birth to an entirely different demon. The result was not some Bon Iver-esque hibernal observation of love and love lost, but something altogether different.

DIA was not an expression of conventional beauty or personal narrative, nor an acknowledgement of anything so “real” as much as it is truly an exercise of self — a parting of the blinds through which we see something flickering, struggling, unraveling in the darkness and unaware of its observer. The recordings were never intended for release, until they fortuitously wound up in the hands of Chicago’s Locust Music via a friend.

A large majority of the songs were improvised, making the mumbled mantras, percussive clanking and tangled guitar squawk feel not just organic, but actually religious. “For me, making my music is a way of tapping into the feelings I get through drugs. It is very much drug music to me,” MacMahon says. “To be honest, I love drugs, whether or not I like what happens overall with them, and so my music is an attempt to get that feeling through sound. It’s a kind of meditation in the same way drugs are a meditation.”

What sets MacMahon apart from many of his peers is his ability to weave seamlessly in and out of chaos. His versatility isn’t an arbitrary attempt to widen his audience; if anything, he risks alienating those whom he confuses throughout the tugging of the elements.

MacMahon continued forward with the Murder Dull Mind EP, a stripped-down, acoustic examination of textural drone-folk, onward into his most recent and most fully realized release, last year’s Through Donkey Jaw. From its curiously accessible opening track “Baba Yaga” (which wouldn’t feel entirely out of place on My Morning Jacket’s At Dawn) to the album-ender “Tomorrow Never Knows” — a pummeling 10-minute Chrome-vs.-V.U. instrumental thrashing — Through Donkey Jaw folds and unfolds upon itself, allowing us entry at will, but never fully showing us what’s real and what’s a mirror.

So what’s next? A 7” of Ethiopian cover songs, followed by a strictly experimental side project called Spoiler, and a more song-oriented/band-based batch of new Amen Dunes material to be recorded this spring.

“When I was 14, I bought my first Syd Barrett record, Mayo Thompson’s solo record, 13th Floor Elevators,” says MacMahon. “So I think psych-folk and psych music have totally influenced my core and my growing up. But that music isn’t what influences me today, nor is it what I listen to anymore, nor what I think about when I record an Amen Dunes record. As for what inspires me now, it is a really, really wide range of stuff … from Blossom Dearie to Oxbow to Detroit techno to Doom.”

with Zak Riles and Dane Waters