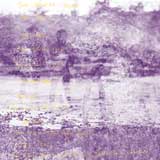 At the conclusion of the Six Organs of Admittance show at Uncle Slayton’s back in August, Ben Chasny was joined onstage by singer Elisa Ambrogio, and the lucky audience was treated to a preview of their new band, 200 Years. The current concern for Ambrogio and Chasny, this self-titled debut on Drag City is superficially akin to Chasny’s Six Organs project as it features primarily acoustic guitars, delicately sweet melodies and the occasional accompaniment by harmonium. But the band is really Ambrogio’s showcase, as her voice dominates the album. However, unlike her usually confrontational work with Magik Markers, the overall aesthetic of 200 Years is one of dreamy, contemplative harmony between her voice and Chasny’s guitar. In songs such as “Partin Wayz” and “West Hartford,” there’s even a welcome sense of nostalgia and sentimentality, which gives 200 Years a sweet edge quite unlike anything previously by either artist.