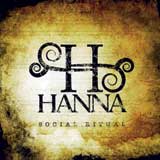 On his third solo record, Louisville singer/songwriter and guitarist Joe Hanna has brought together some of his — and our — favorite musicians, including Java Men vets Todd Hildreth (keys) and Ray Rizzo (drums), Picket Line bassist Danny Kiely and journeyman guitarist Mark “Lupe” Hamilton. Make no mistake, though, this is one man’s show, when it’s all said and done and the neon bar sign’s been turned off. Hanna’s Texas-via-Midwest soul/folk material, a well-balanced collection of jovial rockers and tender ballads, should appeal to fans of more famous acts such as John Hiatt, Lyle Lovett or Van Morrison; to be fair, they’ve all been at this longer, but Hanna is no mere pup and deserves his shot on public radio. The recording is crisp, and the band does an admirable job of providing subtle and supple support. Judge for yourself on Monday (Jan. 2), where they’ll perform a full-band set at Clifton’s Pizza at 7 p.m.