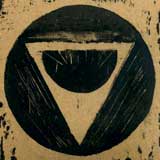 Music can have such an odd effect on memory. Though Julee Cruise is hardly a household name today, chances are many would instantly recognize her voice from the “Twin Peaks” soundtrack. The only song I remember from my wedding reception was hers. It’s a sound not heard often enough, and it’s the first thing one might hear upon entering these Dark Waters. The well-trained local vocal champ, who has collaborated with many of Louisville’s best artists across multiple genres, has finally released this, her first (almost entirely) solo effort, and the freedom afforded here suits her well. The album is a haunting, lush collection of minimal soundscapes that probably work as well in a spa as they do in a gallery or an intimate nightclub. Some of the mostly one-word song titles give a fair approximation of the mood here: “Winter,” “Blue” and “Dream Again” deliver on their promise — but just because she sounds mellow doesn’t mean she’s not fierce and mighty.