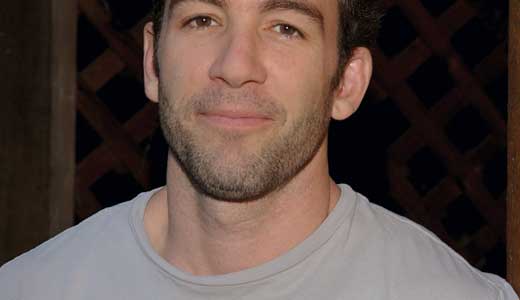 Bryan Callen launched his career in the mid-’90s as an original cast member on “MADtv.” In the years since, he has had roles in numerous TV and movie comedies, including a recurring role as Barney and Marshall’s co-worker Bilson on CBS’ “How I Met Your Mother” and standout performances in both “Hangover” movies. Recently, he played Capt. Frank Dashell on the MTV series “Death Valley,” which has been renewed for a second season.

LEO: Where are you right now?
Bryan Callen: West Palm Beach, Fla. It’s unbelievable, it’s unreal — no disrespect to Louisville, Ky. … but the women are beautiful. I don’t if you know anything about Latina women, but they don’t know what a long skirt is, and they don’t know what flat shoes are.

LEO: Do you remember the first joke you ever wrote?
BC: Yeah, it was in New York City and it was about 17, 18 years ago, and it was about penguins. I was watching this special on penguins and I thought to myself, “What did you have to do in your past life to be reborn as a legless, flightless bird in the middle of the South Pole? You’re sitting in 80-below weather, you look just like everyone else, and you’re basically food.”

LEO: Did you tell that the first time you went on stage?
BC: Yeah. I was so nervous I couldn’t even feel my face. I don’t know if you’ve ever been in a real fight, and I’m not a tough guy, but when you get in a real fight with somebody and you can’t feel your legs because you’re flippin’ terrified … well, double that, that’s how I felt. But now I feel more at home on stage than when I’m just walkin’ around.

LEO: You’re on “Death Valley” — which I think might be the single bright spot in the dark void that is MTV’s programming.
BC: Yeah … if you could tell MTV that, maybe they could give us just one promo, or just one billboard. Nobody even knows the show is on — if you’re gonna have a party, you have to throw out some invites. It’s really good. It’s got a great following; it’s a small cult following … I just wish people watched it, it’s a special show.

LEO: What did you think when you got that script?
BC: I had to do it, man. I got no money, but I did it because I loved it — I just loved the script.

LEO: You have a Showtime special coming up called “Man Class.” How long did that take to write?
BC: Writing just comes. It’s a gradual process. I was talking to Fiona Apple — I don’t know if you know who she is, she was big in the ’90s — and she said, “Sometimes a song takes me five minutes or five years to write. So, as long as you keep showing up, they keep coming at you.” I don’t remember writing most of the stuff I do, it just kinda builds on itself.