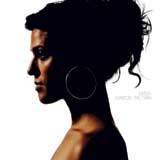 It’s difficult to write about Dessa without falling into hyperbole. The singer/emcee and sole female in the Doomtree collective (which made this year’s excellent Wugazi mash-up), her first full length, A Badly Broken Code, resonates with the power and vibrancy of Lauryn’s Miseducation to these ears. See? Hyperbole. Castor, The Twin is the result of touring the songs from Code with a full band. The disc no longer held the same power to her, so she took the band in the studio to recut her favorites. She added a new song, “The Beekeeper,” the first single to her 2012 follow-up. Castor makes for a great entry point for newcomers and a new vision on already tread ground for fans. “Mineshaft 2” sums up her talents most succinctly. She’s as equally skilled a singer as a rapper, a rare enough feat to merit attention these days. These new arrangements have a tinge of indie rock to them and make you want to see it translated on stage, fulfilling the record’s purpose. This is essential music.