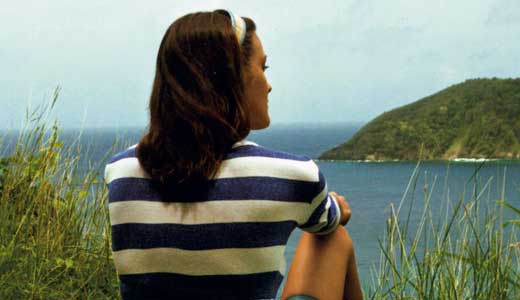 Public radio’s essay series rolls on. From its home office on Frankfort Avenue, “This I Believe” has become the keeper of tens of thousands of short essays that spell out personal credos. They have just issued their third themed volume, following two larger collections that were authored by “Remarkable Men and Women,” according to the subtitle.

So, does the author attribution now matter less than adherence to the theme? If so, then good for you, Gedimans et al. The contributions of celebrated figures (a majority — but not all — in the arts) helped to get the broadcast series back into shape after its revival from a concept developed in the 1950s by journalism deity Edward R. Murrow. But a “name” shouldn’t provide the incentive to pick up this volume; if you want to read about celebs trying to find their way through life, practically every supermarket has magazine racks for you right next to the checkout aisle.

On the other hand, celebrated figures in the arts are a good population to draw from to get concise, creative nonfiction. For many of them, boiling down life experiences and stepping forward with personal declarations is part and parcel of their professional skill-set. The 60 essays for “Life Lessons” leave that pool of potential participants behind. Although two of the most compelling pieces here were written by a science-fiction author and a politician, their triumph is one of style — they make good use of devices like framing paragraphs and well-selected reinforcing details.

To a certain extent, it could be said that all 60 essayists here have triumphed. Something in their life — whether a single cathartic incident or the accretion of daily demands and offerings — was important enough to make each take to the keyboard and share, and each makes one or more points quickly. The few times that one of these three-page pieces gets too “writerly,” there’s a neighboring entry, written in a direct voice, to complement and balance. (Thank you, practiced editors.)

But hasn’t the whole radio series been about “Life Lessons”? Perhaps — but there’s a particular emphasis here on autobiographical vignettes as a driver of personal values. Some previous “This I Believe” essays — some of the best, in fact — have used up the word limit in describing a belief in detail, leaving the listener/reader to wonder at its source or evolution. In contrast, this book frequently employs a single pattern: Someone went from Point A to Point B, and they either rediscovered the benefits of what they’d left behind, or they want to warn others to persevere and never turn back. For a few readers, it may be confusing to watch how this leads to passionate viewpoints that are diametrically opposed. Few values are consistently espoused here except, perhaps, that the unexamined life isn’t worth living, and that adherence to dogma kills the soul; but to Murrow, the natural and easy arrival at diverse viewpoints was an important point of the project.

As a book for people who might face transitions (in the short term, one example would be graduating students; in the long term, everybody qualifies), the latest set of essays from “remarkable men and women” points toward how we might each find our own credo.