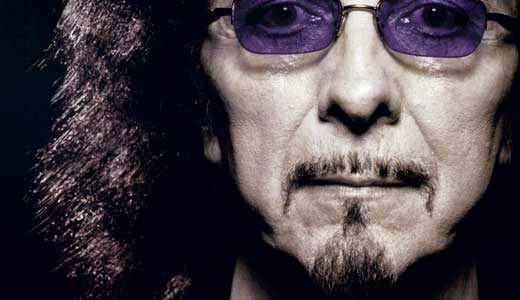 The founding father of heavy metal pretty much lied to me. Despite being a kindly English gentleman overall, Black Sabbath guitarist Tony Iommi tried to deny one important question, for understandable business reasons. It happens, and the LEO music department has certainly dealt with worse through the years — and where would heavy metal be without a bit of mischief? His new memoir is “Iron Man: My Journey Through Heaven & Hell With Black Sabbath” (Da Capo, $26, 416 pages).

LEO: How are you enjoying your new life as an author?
Tony Iommi: It’s different. Yeah, very.

LEO: Has it given you any new understanding into your life?
TI: It has, yeah. I’ll tell you, it’s certainly given me a shock — when you see in print the things that went on in your days … (laughs)

LEO: Do you think it’s worth it?
TI: I’ve never really done anything about my private life — that was the hard thing for me. I’ve always talked about the band, about Sabbath, for 40 years. To talk about your private life’s a little bit different.

LEO: Have you set anyone’s beard on fire recently?
TI: (laughs) No, I’ve stopped that now. Those days are gone. Yeah, that was in my silly younger days.

LEO: Is there nothing you do now that falls in the category of “silly”?
TI: I still play a bit. I can’t help it — it’s embedded in my psyche. I’m always pulling pranks on people and joking around. What’s life all about? You’ve got to have a bit of fun.

LEO: What is it about the temperament of a musician that keeps them from settling down like the rest of society?
TI: Well, I do do what everybody else does. I’ve settled down, but I do something else as well. When I’m at work, playing, it’s a slightly different life, but when I’m home, I’m like everybody else — I watch movies, go out to dinners and see my friends, and walk, and do whatever it is you do.

LEO: I interviewed Henry Rollins today, and he told me that he’ll be moderating a press conference with Black Sabbath soon, announcing your new record.
TI: Really? I’ve not heard that. That’s a new one on me. My goodness. Unless they’re doing one without me … (laughs) “Henry Rollins is playing guitar!” When was that supposed to be?

LEO: He said a couple weeks, in Los Angeles.
TI: OK. Well, I’ll investigate that. I’d like to know what album he’s announcing, as we haven’t done one!

LEO: What other future plans do you have?
TI: Well, we have been in talks about the original Sabbath getting together, but that’s not definite yet. I’ve got a few different projects underway.

NOTE: LEO spoke with Iommi and Rollins on Nov. 2. On Nov. 11, Rollins hosted that press conference with the band, announcing that the four original members of Black Sabbath have been rehearsing, will be touring, and will record a new album. Rolling Stone reported that Iommi said, “It’s now or never. We get along great. Everything’s really good.”