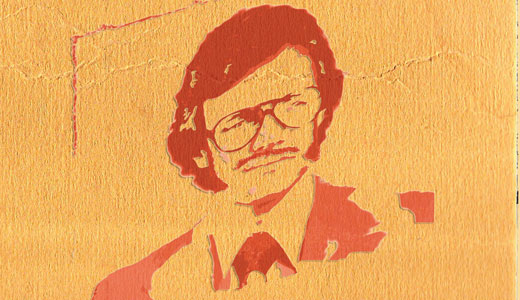 In 2006, nostalgia has been identified as a medical epidemic. There is a pill to treat it, and there are three men, all connected by a faded Polaroid snapshot, caught in its warm and suffocating embrace. Louisville native Mickey Hess’ witty and intelligent “The Nostalgia Echo” examines our fascination with the past and the constant friction between our facts and fictions, with a cultural critic’s eye (Hess is the author of several books on hip-hop) and the bewildered eye for the absurd his fans have come to expect.

At a 1976 book release party for Dr. Everett Barnes’ “Nostalgia: Its Origins and Attributes,” the narrator, Gene, finds an old photo of a young woman who is revealed to be his birth mother. Also present in the photo are the parents of Lon Friday, former graffiti artist turned reluctant real-estate mogul, whose wife dumped him and sent him into a funk of regression and paralysis. When Gene, Dr. Barnes and Lon all collide in Princeton, they find themselves yearning for the remote women in their lives — mothers, daughters, wives, caretakers, girlfriends — while fashioning an odd little family out of the ashes of what they once thought they had.

Gene works as a narrator for TV magazine shows and documentaries, and his professional meta-awareness of narrative technique is a running device throughout the book. It’s a satisfying postmodern touch, calling to mind the now-iconic narrative voices of shows like VH1’s “Behind the Music,” but it’s also a safety valve for the author. With Gene as narrator, we not only follow his story but his concurrent critical assessment of how it unfolds, which could allow Hess to beat critics to the punch. Indeed, early in the story, Gene reveals he learned the basics of storytelling in community college, “enough to know that finding out I was adopted was a bad plot twist, 30 years into my life, like finding out that the first hundred pages of a novel were only a dream.” It’s a bold technique, and one that can only work with a narrator-as-narrator protagonist, rather than the writer-as-narrator treatment found throughout literary fiction shelves.

This arch commentary continues, as Gene does not allow us to forget he is aware of how he’s telling his story. Included in his musings are nagging questions of the David Shields’ “Reality Manifesto” type, the delicate fabrications of reality television and its related, sensational nonfiction titles, as well as truth-fudgers like James Frey (“In 2006, an author had been sentenced to hard time for making things up in his autobiography.”).

Writing a narrator with this much awareness of his own voice’s role in the story means, at times, Gene’s authorial voice becomes a bit too authoritative, asserting itself in a way most tentative narrators don’t. “If people would stop pretending that fiction was always made up and memoir never was, people might like reading stories a lot more,” he claims, and it feels like the author intruding on Gene’s narration. But when he points out, “Stories are never true. Stories don’t happen in real life. In real life, things just happen, and the truth moves further and further away from you,” he undermines that authority, bringing us back to the confused, adrift narrator we are trying to love.

Ultimately, narration is a lonely project, and that slight remove a narrator must feel, even from his own story, allows Gene to keep the reader at arm’s length. A man sits in a booth and tells his story into a box. He pines for a woman he’s never met and wanders around Princeton with two other men both mourning the women they have lost. He considers the question of whether he suffers from nostalgia, and whether he can be nostalgic for a person or state of being he never even knew. He considers his symptoms. He considers our cures.