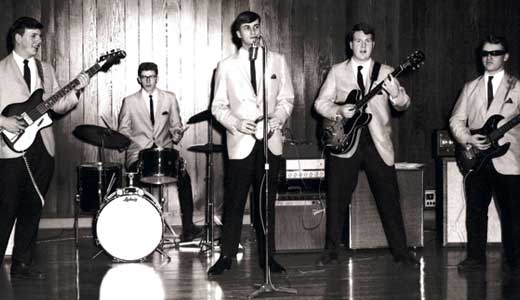 One man’s music lives on, even after he’s gone

On a cold January night, Rob and I sat next to his father’s hospital bed amidst the sea of machinery and monitors keeping Mr. C alive. We had come to keep watch while his mother took relief to go home and try to nap. There was no real rest to be had, but, as family, we did what was necessary. That night, Rob and I discovered a couple of things. One — even in the final moments of life one can be roused by the smell of fried chicken; and two — the decisions made to let someone go bring a strange sense of peace mixed with the first stages of mourning.

Mrs. C returned in the wee hours of the morning and discussed the time for Last Rites with Rob. I shooed them from the room, confident that Mr. C was still able to hear them. Soon after they exited, though barely lucid through heavy medication, he tried to sit up. I asked if he had pain, and he shook his head, “No.” I got the sense that he was experiencing a rally of sorts or the mysterious state of fighting against lingering between this world and what comes next. Insert obligatory Dylan Thomas reference.

The next day, I got the call to come to the hospital. I made it just before the last moments of his corporeal life. In the moments after letting him go, the family began to discuss his life. None of these were linear conversations — just chatter through tears and the sting of loss. It was the kind of talk people share to make sense of death and to moderate its crushing finality.

After returning home for the night, Rob and I talked more about his father’s life. Rob told me about his father’s old band, The Malibu’s. He remembered that his father had recorded a song for a compilation, and began to pour over his record collection searching earnestly for his copy of the record. He knew the single was called “Hey, Hey, Hey” and that the album was called The Louisville Scene 1967. While Rob looked, I went to my old standby, the Internet, to look for information about the album.

My love for all searches Boolean began to turn up bits of information: a title here, a track listing there, and then … lightning! A website called GaragePunk had a post about a compilation, created by a user known only as Eargasm. A few Louisville bands — Soul Inc., The Rondells and The Malibu’s — were included. Too excited to tell Rob, I quietly hit the link and waited, just in case it was a bad file. In less than three minutes, “Hey, Hey, Hey” by The Malibu’s was on my desktop. I looked at Rob, who was growing somewhat weary searching for the album, and said, “I have it.”

Disbelief. I repeated, “I have your father’s song.” I opened iTunes and, for the first time, I heard Mr. C as a Malibu. In the late ’60s, The Malibu’s were a popular local act, performing dances and even opening for Billy Joe Royal (of “Down in the Boondocks” and “Cherry Hill Park” fame). The chance to record this song came courtesy of Carl Casper’s Auto Show. That year, the auto show decided to allow the top bands in its “Battle of the Bands” a chance to record, in lieu of reward money.

In 1967, there were a plethora of acts nationwide whose aim was to become the next Beatles. Most bands didn’t create their own “Beatlemania,” but would often score regional hits with covers of popular songs. The Malibu’s were known enough to have had management and a small following.

Finding this song reminded me of the movie “Big Fish,” about a son who grows up embarrassed by his father’s tall tales. During the film, the now-adult son begins to recall the stories, meet the “characters” and grows to understand that his father had a life that was full and rich before he became just “Dad.” At his father’s funeral, he more fully realizes that the tales have more validity than he’d allowed. Perhaps mistakenly, we often do not know or acknowledge our parents until we lose them. When we hear their stories told from other mouths or see the players who were previously only hilarious or frightening descriptions, we begin to understand the places they held in the lives of others. We only seem to know them, as shortsighted as it may be, as Mom or Dad. It wasn’t until we found this recording on a British website that we realized a piece of Mr. C’s story had wrapped into the fabric of underground music trading, something Rob has loved for years.

When I met Mr. C, he was in the midst of a progressed illness. I grew to know him as a man who loved movies and music, especially The Beatles. I knew him as someone who enjoyed his house bustling with the noise and liveliness of his family, in which he kindly included me. Rob told me stories of his dad waking him to watch The Beatles’ movie “Help!,” which was shown some late Saturday nights.

It was this dad whose song Rob and I were able to give his family again, and whom I finally got to see as bassist of The Malibu’s when his sister, Aunt Julie, brought a picture of the band to the memorial. It was this dad who was a part of an album selling, at times, for $600 online. It was the end of his life that gave us the chance to discover his existence had implications for people we’d never know, and that we might have the chance to pass The Malibu’s on to our children, thanks to those same people.