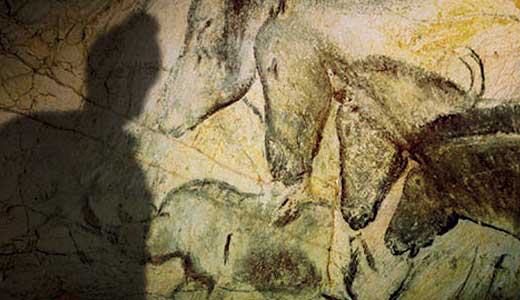 Deep in the myth-haunted underworld of France lies the Chauvet Caves, a time capsule of unimaginable treasures. For therein rests the oldest artwork on the planet: a priceless and irreplaceable collection of breathtaking drawings made by creatures just barely human, and so delicate that a single breath may cause them to disappear forever. After years of negotiation, crazed filmster Werner Herzog was given permission — under incredibly restrictive conditions — to record them, and, genius that he is, he did so in 3-D — not as a gimmick, but to help convey just how amazing and beautiful they are. Simply incredible.

Twenty-five years ago, man’s first-ever large-scale nuclear accident occurred in Chernobyl, deep in the Soviet Union. It burnt a radioactive scar into the Earth, ultimately lethal to all living things and stretching for 1,200 square miles. But somehow life has adapted to this poisonous realm. This PBS doc is the first to look at this bizarre, unexpected and amazing apocalyptic Eden.

This wild and wacky action-comedy sure tries hard — and largely succeeds — at redefining the genre for the Facebook age. Jesse Eisenberg stars as an unhappy pizza delivery guy whose life gets hijacked by a pair of dim-witted would-be bad guys (Danny McBride and Nick Swardson) who strap a bomb to him. From there it goes wonderfully off the rails. As Eisenberg’s pal, Aziz Ansari rounds out the perfect cast. Recommended.

Rich in ideas, this film seems to have an identity crisis. Is it an art film? Sci-fi? An existential treatise on our individual heaven or hell? It is all those and more as Brit Marling and local lad William Mapother grapple with their own self-hatred after a duplicate Earth — identical in every way — appears in the sky. But can they find the forgiveness there they can’t find here?

A welcome homage to the now-lost genre of anthology movies, which takes place, appropriately enough, on the last night of the last drive-in movie in America. Lots of B-movie vets frolic through four raunchy segments (“Wadzilla,” “The Diary of Anne Frankenstein,” “I was a Teenage Werebear” — a beach musical! — and “Zom-B-Movie”) while spouting lines from old Ed Wood flicks and poking fun at Hitler. A crazy, warped masterpiece.

This weird Spanish/Brit co-production (originally “Panico En El Transiberiano”) has it all: cheap special effects, a plot that is just plain stupid, and some wicked cameos. Hammer-hams Peter Cushing and Christopher Lee board an authentic Lionel HO-scale Russian train. There they lose their luggage and everyone else loses their lives to a 1 million-year-old ape man who boils brains for a living. And just when you think you can’t take any more, in struts wild-eyed Cossack Telly Savalas, who chews up scenery like a John Deere. Then he gets his lolly licked, but good. Movies don’t get any better than this, folks; now on Blu-ray.

A queer comedy set in a 1982 Texas college fraternity that asks the burning, itchy question, “At what point does being a good bro go gay?” Co-stars our favorite bikini model/comic actress Katrina Sherwood.

Paul Rudd is the titular bro to sibs Elizabeth Banks, Zooey Deschanel and Emily Mortimer. He makes their lives miserable by being simpleminded, unhurried, infinitely trusting and uncompromisingly honest — your basic born-again hippie. But is he really an idiot? Or do the sisters simply need a bit more honesty in their lives? Not perfect, but damn good at times.

THE ART OF GETTING BY

Young powerhouses Freddie Highmore and Emma Roberts star in this dramatic tale of a brilliant teen with a bad attitude (or is that redundant?) who has already given up on life. And watch for Sasha Spielberg, daughter of that director guy, and Kate Capshaw, in her first significant big screen role.

What, pray-tell, is an Aswang? Well, as any good Fortean knows, it is the Philippine equivalent of a vampire, often portrayed as female, having a long hollow tongue and feeding only on unborn babies. But the true folklore is much more interesting — and socially subversive — as explained in this doc from Jordon Clark, maker of “Falang: Behind Bangkok’s Smile.”

A surreal and frankly tedious tale from the creator of “Me and You and Everyone We Know” about a young couple (Miranda July and Hamish Linklater) who decide to adopt a stray cat from the shelter. But when they have to wait 30 days for it get out of quarantine, they artistically implode: quitting their jobs, having affairs, stopping time and talking to the moon. Made no sense to us, but then our fartsy isn’t as artsy as it used to be.

THE HOUSE OF SEVEN CORPSES

One of the best/worst Saturday afternoon shlockers to ever crawl out of the ’70s, now fully restored. John Ireland, John Carradine and Faith “This Island Earth” Domergue (in her last film) emote amid gore, ghouls and the undead in a huge crumbling, haunted house (the former Utah Governor’s Mansion! Really!). A fondly remembered turkey from our childhood. Recommended.

There have been very few really successful spoofs of the mad-slasher film, probably because the genre seems to be spoofing itself most of the time. But this one succeeds by telling the tale from the point of view of the Slasher — or, at least they appear to be Slashers by the incredibly nubile and accident-prone teens who keep impaling themselves on tools around their cabin. Stars Tyler Labine and the former pilot of Serenity, Alan “Firefly” Tudyk. Worth checking out.