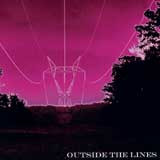 Two decades ago, as Riot Grrl threatened to influence a generation, those creatures once known as major labels sent in their own army of harmless suburbanites to distract the teeming masses — Letters to Cleo, No Doubt, etc. — to create a new New Wave for a new generation more concerned with whom Julianna Hatfield was dating than what social change might be possible under the post-Reagan/Bush political climate. This you-go-girl! scene — a minute before the Spice Girls finally took down the guitar bands on the radio — typically led to bands playing in the background of a club scene in an Alicia Silverstone or Drew Barrymore comedy and little more; best for a collegiate audience looking for kegger background music, this weirdly funky pop/rock wasn’t meant to last long, like that Bud Light at that kegger, but oddly enough, here it is again.