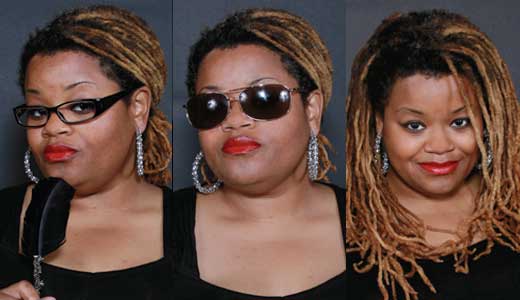 Reader, I married him …

Amidst life’s hiccups, both emotional and financial, I have been planning a wedding. The stress has been unimaginable, but never once did I doubt I was making the right decision to marry The Boy. Our relationship has been my one constant throughout the past few months. We are Ashford and Simpson solid, baby.

What should be the most fun part of a wedding is planning the music. For two audiophiles, it has been a hectic process. There simply is not enough time in one wedding for all the music that needs to be played. Before we even started our major playlists, there was a “must have.” My sisters and I made a pact to use “Only Time” by Enya in each of our weddings. Two sisters have already done so; this left two of us still to make the jump.

The Boy originally wanted to walk the aisle to Black Sabbath’s “War Pigs.” Even knowing most grooms don’t have an entrance song, I was not about to deny this request. I wanted him to have “War Pigs” and officially be the most awesome man alive for being so “metal” and all. Ultimately he chose to walk to the family song.

Next came choosing my entrance song. My first choice was a French track, “Decollage” by Les Bayeurs du Desert, a song about “clipping my wings and softening my ways.” At times, the construct of marriage is difficult for my inner feminist to reasonably accept in its traditional form. Functionally, I understand that marriage is a legal contract allowing The Boy and I to care for one another’s affairs in the event of a catastrophe or something much simpler like paying a bill. It doesn’t define our relationship or make us more or less than we were before. We made the initial decision to marry based upon this fact more than “love.” Now, before I completely kill the romance, let me say that we do very much love each other — but responsibility was first in our minds.

Instead of allowing my feminist self to brood over the perceived loss of independence and identity, I chose a song with the realization that, feminist politics aside, I adore the man I married and I want to give him all of who I am. Our life is not about politics — it really is about love. So I tied myself into a simple, pale gold gown and walked down the aisle to an instrumental version of Bjork’s “Pagan Poetry” carrying “swirling black lilies,” lavender roses and golden peacock feathers. On the stage of the Clifton Center waiting for me was the affirmation that I’d made the right song choice and the right husband choice. With shaking knees, then tears, I met The Boy face to face on the stage to begin our married life.

Repeating vows first used by Paul Newman and Joanne Woodward, the words were chosen as wisely as the music, and all doubts about this thing, “marriage,” were removed as we exchanged rings. After the vows, The Beatles’ “Here Comes the Sun” led us off the stage, over the broom and out of the theater to applause and cheers.

For people who love music as much as we do, to choose three simple songs to begin a life together was a big deal. These songs will sum up the day we experienced, the life we began, and, every time we hear them, I hope we’ll still get the same chills that came when they played during our ceremony.

When we have children and we pass along our music obsession, I hope they will hear these songs and not turn up their noses, but understand that we made our day about beauty and not about the mechanics of marriage. We chose love with responsibility and not responsibility without the joy of love. I hope they can listen to the songs and maybe feel the same magic that filled the room when we committed our lives together, and know that when they decide, if they decide, to “buy into the construct,” they forget their politics, fall in love and do what feels right. Even if people turn up their noses, bicker and make life generally difficult throughout the process, I hope they remember love above all else and let that be heard in their music.