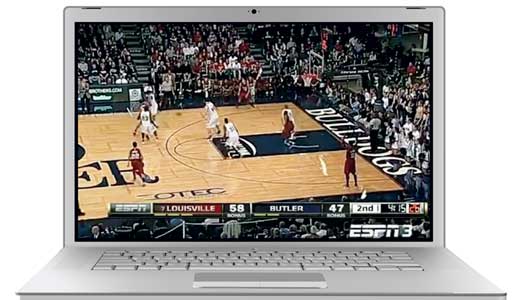 These are the times that try fans’ souls.

They present phenomenological and logistical nightmares.

But before embracing the double your pleasure, double your fun double Ws celebrated by the Cardinal Nation last Saturday, consideration must be given to the cybertechnical expertise necessary to savor the experience.

(Of interest — to quantum physicists — is that in a parallel, often colliding, universe, the Big Blue Nation grappled with similar impediments as the objects of its fervor played two games simultaneously. This examination can be explained by the String Theory, which allows for dual universes in a space as confining as the commonwealth. It is also way too complicated for further contemplation here.)

In an 1883 edition of The Chautauquan magazine, a query that has been passed through the ages was first presented. “If a tree were to fall on an island where there were no human beings would there be any sound?”

There is a contemporary corollary.

“If your favorite team is contesting a game only available for viewing on a computer, is it really being played?”

It is the consideration of that conundrum that vexed University of Louisville fans on Saturday. Cardinal football on network television at noon. Cardinal basketball only on the computer two hours later.

(Again, that Kentucky fans were presented with similar circumstances at approximately the same times on the same day is one of the inexplicable coincidences of the universe, the study of which is certainly a Nobel-worthy thesis.)

This philosophical quagmire led to a most practical problem, best explained by this phone message left on my machine.

“Kaplan, you’re the only one of us who knows how to hook your laptop up to the TV, so the gang is coming to your house to watch the game.

“Make sure you have some cold cuts for lunch. Oh yeah, and tell Joanie to make some of her chocolate chip cookies, please.”

Dutifully, I hooked up the little patch gizmo to the USB and Thunderbolt ports on my laptop, then to an HDMI cable, which plugged into the TV. Voila, the computer image appeared on the television … after calling tech support, which advised checking the mirror image display setting on the laptop.

This “expertise” dazzled my Cardinal Crew almost but not quite as much as Joanie’s cookies, and the pastrami and lox from Stevens & Stevens.

Which brings us to U of L’s Double Ws.

By 12:09 on the wall clock (14:45 on the game clock), the Cardinals were up a touchdown on UConn, after Adrian Bushell ran the opening kickoff 100 yards for a score. (That he did this after sitting out last game because of disciplinary problems is further confirmation of Charlie Strong’s acumen as a football coach.)

Louisville had fewer total yards, fewer first downs and more penalty yards than the Huskies. But the Cardinal offense was on the field almost twice as long, ran the ball surprisingly well, and held steady for the 34-20 victory.

The Cards were aided by Connecticut’s ineptitude at wideout. The Huskies dropped passes all day, a prime example of Big East football at its finest. Yes, this is BCS football, but, in this conference, it’s not quite Trinity Shamrock-quality football. The pigskin day ended with U of L tied for the Big East lead, and a legitimate shot at actually going to a BCS bowl game. Such an improbable situation surely has an explanation. However, you’ll need to consult one of those Speed School physicists for edification.

Meanwhile, with 11:34 to play in the third quarter of the football game, the basketball game tipped off on a parallel television set. (At this point, I must give credit to Abbey, our beagle, who thankfully chose not to chew her way through the plethora of cables splayed across her roaming grounds in the den.)

The descriptor that comes to mind when assessing the ever-shorthanded Cardinals performance is mature.

Against a Bulldog squad not nearly as good as its two national runners-up, short-handed U of L played within itself, stayed focused and, like its pigskin counterparts, held steady. The Cards fell behind early, but were never out of range.

They scored the last four points of the first half to lead at the break, scored the first five points of the second half, withstood a Butler surge, then took charge for good with 11:51 to play, 42-41. Hoosier Kyle Kuric played every second, tallied 17 points and grabbed six boards. Chris Smith tallied 15, most in the second half. Yet again, Jared Swopshire came off the bench for 23 minutes of stalwart play. Elisha Justice, Russ Smith and Tim Henderson manned the point admirably in injured Peyton Siva’s absence.

Top 10 Louisville stands 3-0 with 10 home games in a row before visiting UK.

By the time you read this, the Cards will have played Arkansas State. If not in the Yum! Center, you will have been able to watch the tilt on regular TV, no patch cords required, but nosh still mandatory.

U of L at South Florida