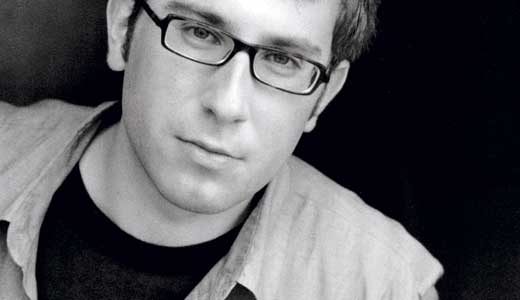 Two of the fastest-rising names in comedy, Louis Katz and Nate Bargatze, come to The Bard’s Town, just in time for Thanksgiving. Both have performed on Comedy Central specials and on late-night shows. Katz, who recently released his debut album, If These Balls Could Talk, on Comedy Central Records, sat down to talk with LEO about his upcoming show.

LEO: What inspired you to get into comedy?
Louis Katz: When I started out, I wasn’t really watching that much stand-up. The only stand-up I really watched was “ComicView” on BET, because that would come on after “Simpsons” reruns when I was in college. I would sit at the bar and watch an hour of “Simpsons” and then an hour of “ComicView.”

LEO: Some of the first jokes you ever wrote, when you were 9, were told by Johnny Carson. That seems like pretty high standards to live up to.
LK: I’m never really going to do better than that. It’s good to peak early, you know? It’s like, done … check mark — and everything else is down hill from here, and it should go easy. It’s not that big a deal — it sounds better in the bio than it was in real life. They were doing, like, a “Kids Say the Darndest Things,” where they asked a bunch of kids in my school wacky questions. I’m just the only one who became a comedian, so it sounds cool on my résumé — whereas someone else puts it on their résumé and they sound like an idiot.

LEO: Have you found that there are parts of the country where a joke will work, and other parts where that same joke will never work?
LK: Yeah, that’s kind of frustrating. You think that once you get it down, the joke should work pretty much wherever you are. But people in different places are conservative about different things — that includes the liberal places. In a liberal place, they won’t laugh at any joke that has anything to do with race, they get offended … They might laugh at a joke about religion, but they don’t want you to touch on race. It’s a toss-up.

LEO: When you look at current events, like what’s happening at Penn State, is there a way to make that funny?
LK: There is a way to make all of that stuff funny. It’s just a question of if you can make it funny — no topic is untouchable just by nature of being what it is. Personally, I stay away from current events just because I don’t want to talk about what everybody else is talking about. I mean, “The Daily Show” is on every day, there are four different late-night talk shows, and throw Twitter on top of that — I don’t know what I have to contribute that’s my own point of view.

LEO: Being on the road, drinking and drugs are very engrained in the comedy culture, and often ends up consuming people. How do you avoid that — or do you simply embrace it cautiously?
LK: It is kind of tough … we do work in bars. Unlike even the bartenders, we are allowed to drink while we work. So it can get out of hand. It seems like people quit, and they have to quit all of the way — I don’t want to be like that. I drink in moderation so I can continue to drink in moderation. I don’t let it get out of control, so I can continue to drink.