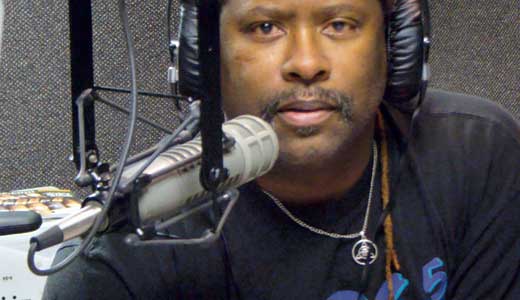 Terrestrial radio has been through the ringer over the last few years. Ad revenue continues to plummet due to decreased ratings. The marketplace is experiencing continued audience fragmentation, whether due to Internet-streamed radio, satellite services or simply private collections on terabyte-sized hard drives. Radio doesn’t seem to drive or influence our lives like it used to. Meanwhile, B96.5 (WGZB-FM), Louisville’s hip-hop and R&B station, is celebrating its 21st year on air in the same format. But the past two decades have been wrought with changes and challenges. Former program director and current on-air personality Mark Gunn has been in radio for 33 years, 10 of them with B96.5.

LEO: What’s your best memory of the station?

Mark Gunn: One of my goals when I was the program director was to take B96.5 from being just a “West End” station to the entity that’s here today. Urban radio, in my mind, wasn’t just a “black thing.” It’s a lifestyle, so we went on a campaign that spoke to being inclusive and dealt with racism in a very cool and not preachy way. Couple that with the quality of music that was coming out, and you had a moment of the stars aligning and things falling into place at the right time.

The “A-ha!” moment came at Thunder Over Louisville one year. We were posted up on the waterfront with music from our station vehicle blazing. One of my air talents was amazed at seeing quite a few white kids that knew the words to every song and showed a lot of love to the station. It confirmed what I’d known all along. Once my staff actually saw it for themselves, they got it.

LEO: How has B96 withstood the changes and homogenization in a Clear Channel world?

MG: We are extremely plugged in to Louisville. You could not take what we do on B96 and put it in another city. It wouldn’t work. Our personalities are just that — personalities, and our listeners can easily relate to any of us. We’re also very active with social media, so it’s another way for us to be able to engage with our listeners. We talk about Louisville and Indiana, and people feel that. You can pipe in another personality from another market and do your best to fake it, but if you’re not here and people don’t see you or talk to you, why bother? Louisville is as Louisville does, and we don’t forget that. Our biggest strength is in what we do in the community. We’ve always believed in “operating to serve the public trust.” We’re so involved in a lot of things as individuals and as a collective … As a station, our biggest partnership has been the Kosair Children’s Hospital Radiothon.

Musically, we’re very research-oriented. Our program director, Tim Gerard, and I are cut from the exact same cloth when it comes to that, and we get a lot of input from the programming staff. Plain and simple, we play the hits. Our playlist is a total reflection of what our listeners want to hear, and it’s not dictated by some regional program director in another city. I have a lot of friends that work at Clear Channel stations here and all over the country. They’re truly wonderful people. I honestly hope that they’ll still be around when the pendulum finally swings back to a time when we are owned by single entities and not media conglomerates. I think, in quite a few cases, it’s taken the heart and soul out of radio, and you can hear it in quite a few stations, but not ours. We eat, sleep and breathe Louisville, Kentucky, just as we’ve done for the last 21 years.

LEO: What terrestrial radio challenges do you see for the coming years?

MG: The biggest is in how to remain relevant in the iPod, iPad, satellite radio era. The biggest advantage is that it’s still free. The other challenge will be depending on what the Federal Communications Commission does or does not do. Deregulation has been one of the worst things to happen to radio, black radio especially, because of the way we’ve had to operate. Smaller staffs, diminished resources and the influx of syndicated shows have eroded our ability to remain local. Instead, some stations have become glorified jukeboxes.