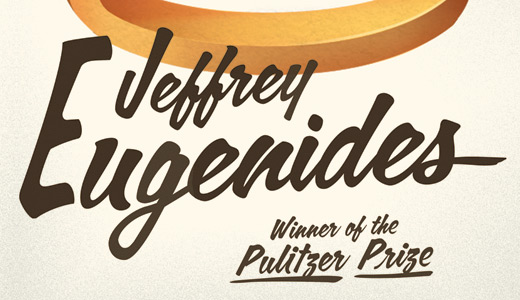 My midsummer countdown to the publication date of the new Jeffrey Eugenides novel became the kind of annoyance only another literary BFF would put up with. “Hey! ___ more weeks till ‘The Marriage Plot’ comes out!” I would write every Tuesday to my friend Angela.

Not once did she tell me to shut the hell up. We simultaneously placed orders so the book would arrive at our houses on the same day. As soon as I opened mine, I left her a voicemail: “Ach! The cover! It looks like chick lit.” She, in the dentist’s chair at the time, texted back, “All the way to the bank.”

Which, of course, is true. Jealous critics might lob all the slander they can sling at the best novelist of the past quarter century, but it won’t do them a smidgen of good. In The New York Times, William Deresiewicz wrote that in Eugenides’ fiction, “Becoming an adult is possible to imagine happening, at best, at excruciating cost, and often not at all.”

Leaving aside the question of why the Times assigned a naysaying academic (rather than a fellow novelist) to take on the oeuvre of Eugenides, let me say, simply, what a crock.

But Deresiewicz is not the only one. A walloping bunch of reviewers keep insisting there is something wrong with the Eugenidean focus on the formative stages of a person’s life, the implication being, “When is this guy going to start dealing with adults? When is he going to write about life in the 21st century, rather than life in the 1970s and ’80s?”

I say it’s time for a hypocrisy check. Many of these same critics are the very ones who lambaste other contemporary novelists for taking on historical events, such as world wars and terror attacks, decades before they have the proper perspective to write about them.

Eugenides, in contrast, has taken the time, done the mulling over. In this way, he seems leagues beyond other contemporary domestic-scene writers. He’s capturing previous zeitgeists, instead of floundering about in the current one, and he’s doing it justice in a way that eludes the others.

In “The Marriage Plot,” he not only lures the reader with a genuine narrative structure and riveting characters (the love triangle! how to live life after college!) but also uses the very French theorists of the 1980s who insisted there was no such thing as a marriage plot to deconstruct their insistence.

So yes, Eugenides may well be exploring the inner lives of people in their 30s when he himself is closer to 60 and of those in their 40s when he’s closer to 70. This at least provides us with one worthy book per decade on the bestseller list.

Oh, and that business about how he doesn’t “do” adults? Check out this little scene from main character Madeleine’s college graduation day:

Phyllida, holding her handbag protectively against her chest, had paused to peruse the student art on the walls: six paintings of small, skin-diseased dogs wearing bleach-bottle collars.

“Isn’t this fun?” she said tolerantly.

Alton, who couldn’t sit at the breakfast table without reading, had taken a discarded Village Voice from a nearby table and was perusing it. Phyllida was staring overtly at the girl with pink hair.

“Do you think that’s comfortable?” she inquired in a low voice.

Madeleine turned to see that the girl’s ragged black jeans were held together by a few hundred safety pins.

“I’m afraid of getting poked.”

“According to this article,” Alton said, reading the Voice, “homosexuality didn’t exist until the 19th century. It was invented. In Germany.”

With so much to react against in the adult world, do we really need for Eugenides to stop exploring the minds of youngsters?