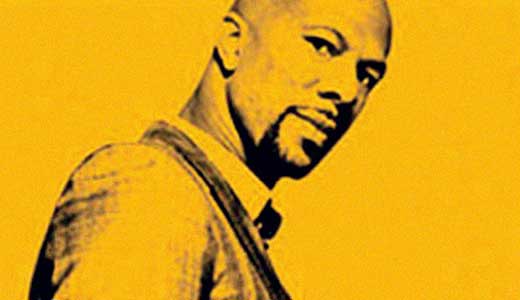 It hurts to disagree with an idol. Maya Angelou is quoted on this book’s dust jacket with the praise, “A magnificent memoir,” and, painful though it may be to say, she’s dead wrong. Common, the Chicago emcee born Lonnie Lynn, has a story to tell, it just isn’t time to tell it.

Growing up on the South Side in a fractured middle-class home, with baseball hopes evolving to hoop dreams, and on to CDs and film screens, Common’s life could be the classic coming-of-age in the face of adversity tale, perfect for an artist who attempts to present and carry himself in as positive a light as possible. He simply isn’t ready to honestly tell the story.

We all experience this. The teenage anecdotes we tell in our 20s are told differently in our 30s and beyond. The perspective shifts. Braggadocio turns to wistfulness in just a few short years, and we turn from fish stories of youthful conquests to the kind of sober reflection much of the ridiculousness of youth requires.

Then there’s the fact that Common spends nearly no time on the specifics of his music. Sure, the story of his first record deal with Relativity Records in the early ’90s is there, as is his much publicized mid-’90s beef with Ice Cube that led to Louis Farrakhan mediating a cease-fire (verbal, that is). Mentions of his albums are merely time stamps. “When I was recording Resurrection …” could have been “In late 1993 …” just as easily. The depth and breadth of the writing and recording sessions are given nearly no time at all. Common seems to think readers are more interested in what celebrity he was dating at any given time than what brought him to work with certain collaborators. Kanye West and No I.D. are given high praise — Kanye as an ongoing concern in Common’s high visibility, and No I.D., his original producer, who is handling his latest disc, to be released by the end of the year. A lengthy stretch is given to his collaborator and late roommate James “J-Dilla” Yancey, but that period in his musical career was as influenced by his work with The Roots’ Questlove, who garners only the briefest of acknowledgements. That stands out more as an intended slight than an accidental omission.

In the same way, much more space than is warranted is devoted to his burgeoning acting career. His filmography to date is less than impressive, as he hasn’t yet discovered how to not be “Common the rapper” in movies, even when he plays (and he often does) killers and gangsters. He does recognize his shortcomings in this regard, at least, but sounds like the young unsigned emcee of his youth in his aspirations of overcoming, and not the “capital A” artist he spills so much ink trying to portray. Likewise, he nods to the critical rejection of albums like Electric Circus (notably there’s no mention of his awful Universal Mind Control LP) but doesn’t defend his muse in those albums’ creation.

Electric Circus was a high-concept effort that time has been kinder to than during its original release. The stories of its making have got to be interesting, though sadly all we get of that period is discussion of his relationship with Erykah Badu (an admirable feat, to be sure). The problem is, we know his name and face for the music, not his sexual exploits. One day he’ll be ready to tell his story. That day is not today.