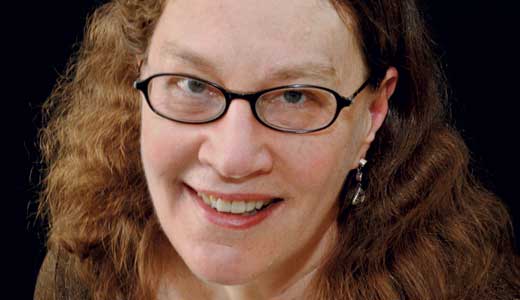 Mothers — everyone’s got one somewhere, and our feelings about that inescapable fact are as personal and nuanced as fingerprints, those unique, inescapable markers of self. Since every mother is a daughter herself, the particular intergenerational ways in which women relate (oh, the banality of daytime talk show vocabulary!) is fundamental to the ongoing work of understanding our own human puzzles. And so Louisville writer (and editor-in-chief of Sarabande Books) Sarah Gorham’s new collection of poems, “Bad Daughter,” is not mere girl talk, nor is it a sentimental glossing over of the exquisite violences, large and small, that families visit upon themselves.

I don’t know whether to give a copy of “Bad Daughter” to my mother for Christmas or to hide it when she visits, which is to say this is no benign little memoir in verse, thank God. Gorham’s poems have teeth.

Indeed, in her poem “Homesickness,” Gorham poses an unsettling thought on the nature of life replacing and replicating itself: “What is a mother but a tooth’s way of producing another tooth?” In this collection, mothers are remote and mysterious, recriminating voices haunting from a distance, yet at the same time so close, a constant echo swirling through the daughter’s head. In the poem “Floaters,” a plain thesis (“The fear in a mother’s voice/that you’ll never be useful or clean”) plagues both mother and daughter — the fear of not raising children right, and of not living up to your own raising.

The poet uses her vantage point as mother, daughter and grandmother to examine the life cycle from points delightful and disturbing — a baby girl is an intoxicating, otherworldly creature, “skin like spun sugar, fingers pink fiddleheads” and “a fresh cutting,” while the aging woman “full of stirs and folds, whips and dark layers” who must approach the baby, a gateway to a strange alternate reality, with reverence.

But neither is the unnatural experience spared, as Gorham examines in “Bust of a Young Girl in the Snow,” which former U.S. Poet Laureate Billy Collins selected for the 2006 edition of “Best American Poetry.” In this poem, the woman’s eye observes the snow falling and collecting on the grotesque metal still-life of a hundred younger selves: “an elephant girl, a misshapen/Phantom of the Opera mask/covering half her motionless face.” And that tooth pushing out another tooth, undone:

How often resurrection’s
a slight miscalculation
of past, present, and future.
A cow nudging its dead
calf. A little girl’s eyes
in winter,
opened rigid and wide.

This poem is followed by what could be the film trailer of the collection, a memory-poem of girlhood. “When we were good we were” foreshadows events of future poems while examining the feminine and its evil twin, the ladylike, in its careful deconstruction of how to be good at being a girl — so “precise, mindful of our tools.” In the turn, Gorham’s bold metaphor startles: “When we were bad, we were extravagant/like cruise ships through a canal.” The poem closes with the rejection of the ladylike bird in favor of the unbridled dog rolling in manure, a strange and satisfying twist on the expected images of fertility, and a celebration of the wild glory that reverberates throughout the collection.

Gorham will read from and sign copies of “Bad Daughter” at Carmichael’s Bookstore, 2720 Frankfort Ave., on Thursday, Nov. 17, at 7 p.m.