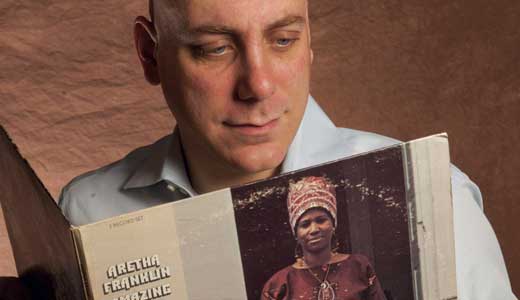 Failure is a lonely venture, but success has many friends. So goes the story of Amazing Grace, Aretha Franklin’s 1972 return to the gospel music of her upbringing. Forty years after the album’s release, it is still Aretha’s best-selling album of her career (2 million copies) and the biggest gospel album in history. At the time of its release, it was a risky venture. Aretha was riding high the wave of her massive Atlantic Records hits after years of toiling away at Columbia, who didn’t know what to do with her. Under the direction of producers Arif Mardin and specifically Jerry Wexler, Aretha’s church-trained vocals ushered in classic after classic with some of the tightest soul bands ever created. To pull back the reins on all that momentum with a live, gospel double album in a pop marketplace still relatively unused to the overtly spiritual risked derailing all she’d worked for.

Once it became apparent that Aretha and Atlantic had a hit on their hands, it suddenly became everyone’s idea, and the self-congratulation continues to this day. “Aretha always wanted to go back and do a gospel album and finally Atlantic agreed,” says Aaron Cohen. “Jerry Wexler said in his book that he always wanted her to make a gospel album and finally she agreed. They’ll be disputing that until the end of time.”

Cohen attempts to uncover the details behind Amazing Grace in the latest release in the excellent 33 1/3 book series. The deceptively potent pocket-sized book series has told the stories of albums from Neil Young’s Harvest to The Replacements’ Let It Be to Public Enemy’s It Takes a Nation of Millions to Hold Us Back. Cohen is associate editor of DownBeat magazine and has written extensively on gospel music. The passion he has for his subject is obvious, with many asides and stage whispers shared in a recent conversation, mapping out Aretha’s connections to gospel music’s first stars — the Clara Ward Singers, Mahalia Jackson and the Gay Sisters.

Cohen conducted original interviews with nearly everyone involved in the record, including the classic rhythm section of bassist Chuck Rainey, guitarist Cornell Dupree and drummer Bernard “Pretty” Purdie. The late Wexler is quoted through his autobiography (both his and Aretha’s books were co-written by David Ritz). Aretha herself was not interviewed. “She was very ill when I did the heavy stuff for the book, though I did speak to her after I finished. I had no idea when I started that anyone would talk to me, much less all the people who did,” Cohen says.

When asked about choosing the direction for the book, as so many in the series take on such a personal perspective of fanhood, Cohen is clear in his avoidance of such an undertaking, however deep his personal love and admiration for Aretha and gospel may run. “There was really no need. Anyone who buys the book already loves the album. I wanted to talk about its influence, talk about its impact,” he says. “What matters to me is telling the story.”

“Aretha Franklin’s Amazing Grace” tells a lot of the story in its 184 pages, and more may be coming in the future. Sidney Pollack filmed the two nights for Warner Brothers, who shelved the footage until shortly before Pollack’s death in 2008, when editing began anew. A lawsuit has delayed its release, but Cohen is hopeful. “This film needs to come out and be seen. In the process of writing the book, I had the good fortune of seeing an almost finished cut. I hope everybody gets on the same page.”