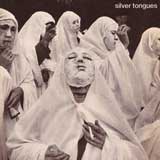 The debut album from the Louisville-based Silver Tongues, which includes some talents who have played with Wax Fang, The Fervor and Cabin (including LEO (m)ad man James Hewett), is yet another surprising, atypical release from Falls City. The often subtle, intentionally paced collection draws influences from varied sources rarely heard in other groups simultaneously — there are hints of gospel, early ’90s peak R.E.M., early ’70s folk, classic rock, and most consistently and wisely, pre-Radiohead geniuses Talk Talk — coursing through the veins of these songs. Though the occasional anthemic moment can veer a bit into late- ’80s Cause Rock territory (a la U2, Sting, etc.), the majority of the material is so quietly confident that it feels almost anti-rock. Such material — not too soft, not too hard, perfect for every office (but really best heard late at night, contemplating humankind’s place in the universe) — should, in a just universe, find a wide audience, here and everywhere. See them (tonight, Wednesday, Nov. 23, at Zanzabar at 10 p.m.), and thank me later.