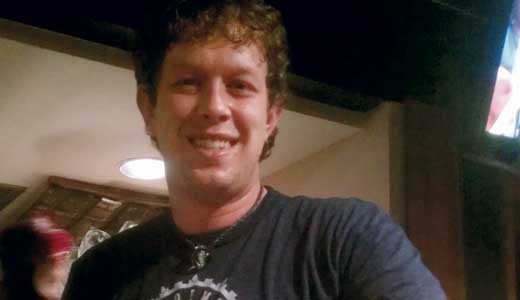 It’s good to know your bartenders. I first met Joe Riggs when he was doing time behind the bar at BBC on Fourth Street. He had created a series of “beertails” — mixed drinks that incorporated beer. I have since run into Joe at various drink competitions and a few times in the early morning hours at local bars. Now he’s mixing up cocktails at Against the Grain Brewery, formerly Browning’s, and, as always, he’s doing some pretty interesting things with liquor.

He’s not incorporating beer into drinks at the moment. Instead, he’s focused on creating unique, infused liquors to appeal to customers who might want something other than beer. And from the six cocktails I tasted the other night, it’s going to be tough to decide what to order next time I’m at the bar.

First up was the Smoked Garden on Main, which featured Stoli vodka that was infused for five days with smoked garlic, horseradish and vegetables. It was a little strong for my vanilla palate, but when that same vodka was added to his house-made, vegan bloody mary mix for the Smoked Garden Bloody Mary, it was absolutely delicious — and, dare I say, one of the best in the city. The Seasonal Fizz was crisp and refreshing — a mix of house-made soda, vodka and peach-flavored bitters. Rhubarb-infused bitters was also an option that night. I didn’t care too much for the Distinguished Dead Guy, which featured Rogue Dead Guy Whiskey and peppercorn; but I did enjoy the Barrel Smoked Manhattan, for which Joe smoked his own rye whiskey.

Last but not on the menu at the moment was Cinnicider, a warm drink made with Buffalo Trace bourbon, vanilla, cinnamon, cider and a lemon zest. It was the perfect drink to sip on a cold night. Against the Grain is at 401 E. Main St. Stop in, sample the beer and save room for one of Joe’s cocktails.

I have a book!
In an effort to show my mom my college degree wasn’t all for naught, I have a book coming out this week. “The Bar Belle” book is a collection of 100 of my best columns from 2006-2010, and my former boss John Yarmuth was kind enough to write the foreword. I feel almost as proud as the day I found my phone number etched on the bathroom wall in junior high. All content aside, it’s the perfect-sized book to shove under that wobbly table so your beer doesn’t spill.

Anyway, I’m throwing a party to celebrate the release, and I hope you’ll come out and do a shot with me — even if you don’t want my book. It’s going to be Thursday, Nov. 10, at the Back Door, of course. It’s free from 6-8 p.m., and I’ll be signing copies and shotgunning beers … so if I spell your name wrong, consider it a compliment. This kicks off my local book tour, which includes legit establishments like bookstores … and more bars. (As if I need a reason to drink.) It’ll also be available at Carmichael’s, Regalo and Destinations Booksellers in New Albany. Hope to see you at one of the dates below. Check out www.facebook.com/barbellebook for updates.

Drunk Texts of the Week
• No matter the question, more beer is always the answer!
• I have sex air that i can to inches zamping
• Id rather have oprah than hi-def football junk in the trunk and pimples
• Im going to politely decline the measurement of that scale
• Free liquor at river city! Just kiddin … just gotta pee
• I spy something flannel and hipster