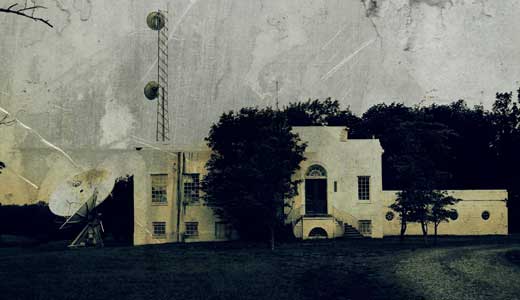 “A very special evening” doesn’t often mean that, but this is a rare chance to see some spontaneous collaborating that can’t be replayed on your iTunes. In this well-matched pairing, Nashville guitarist and producer Buddy Miller (perhaps best known from Robert Plant and Alison Krauss’ Grammy-winning pairing, or for his longer tenure with Emmylou Harris) and his band are doing a small tour together with singer Patty Griffin. Miller produced Griffin’s album Downtown Church, which won a 2010 Grammy for Best Traditional Gospel Album. Both will perform some of their own songs, together, as well as whatever else strikes their fancy (as opposed to one merely opening for the other). Miller told LEO recently that they’ve been playing without preparing set lists or even rehearsing, trying to find the magic of the moment. —Peter Berkowitz

The University of Louisville theater department opens their 2011-12 season and prepares for the winter of their discontent this week with a lean two-hour production of Shakespeare’s longest history, “Richard III.” If you don’t know your Yorks from your Lancasters (you know: beheadings, imprisoned princes, military rebellions, the usual), fear not — the bloody power struggle between old nobility and uppity social climbers is as entertaining as an episode of “Game of Thrones.” Richard is a grotesque hunchback with one treacherous eye on the throne of England and a soul as deformed as his body, “determined to prove a villain/and hate the idle pleasures of these days.” In other words, a real charmer. Director Rinda Frye promises a comic portrayal of the infamous would-be king, which bodes well — Richard’s a snake, but he’s still the hero of his own play, so of course he gets all the good lines. —Erin Keane

Talk about keeping it in the neighborhood — all of the bands at this weekend’s Belknap Fall Festival have a member who lives in the Belknap neighborhood. The 17th annual shindig — the signature event of the Week in the Highlands — kicks off Friday night with music from the eminently entertaining Earbone — expect some originals and cover songs you know but probably haven’t heard done quite like this. Saturday brings The High Rollers, whose résumé includes the Grand Ole Opry; Blackberry Jam (eclectic assortment of acoustic stringed instruments, complex vocals); Leaving London (high voltage covers of classic rock to MJ); Satchel’s Pawn Shop (neo honky tonk); and Tyrone Cotton (exquisite guitar picking). The fest includes family activities, juried arts and crafts, more than 100 exhibitors, food galore and craft beer. Best of all — it’s free. —Cary Stemle

If you love nothing more than spending an evening watching violence and gore, listening to show tunes and getting covered in fake blood, well, you may be a sick bastard. Or, you may be the perfect audience member for “Evil Dead: The Musical,” a campy take on the Sam Raimi “Evil Dead” films that blends horror with Hammerstein. Leave it to the Alley Theater to bring back this bloody classic, featuring local actors who wield chainsaws against the forces of evil and also sing their hearts out. “Evil Dead: The Musical” will be staged weekends through Halloween, and — if you are brave (or nuts) — you can reserve a seat in the “SplatterZone.” That’s right, you can sit in the front row and be literally guaranteed that you will walk out covered in fake blood. What better way to kick off the Halloween season? —Kevin Gibson

It’s officially autumn, a time of year I actually want to be outdoors. I love nature, especially trees, but you would never know it by the way I hug the shade. So I do a lot of looking at landscape art, like the images in this exhibit. The 30 artists have their own interpretation of what a landscape is, of course. Andy Cook “based (his) painting on a photograph I took while resting on the side of the road in Sequoia, Calif., with my now wife Kelly Cook. We went to California to elope but had several adventures beforehand — one of which was watching this amazing sunset and feeling like we were on top of the world.” The opening begins at 7 p.m. during the First Friday Trolley Hop. —Jo Anne Triplett

Filmmaker Ellen Frick and a gang of biker escorts will, literally, rumble into town for a screening of the documentary “Patriot Guard Riders.” Frick’s film follows some of the approximately 200,000 members of this biker organization, known for shielding grieving military families from the ugly hisses and picket signs of the anti-gay, anti-Semitic and, apparently, anti-war Westboro Baptist Church. In the run-up to the screening, a motorcycle procession will make its way from the Galt House to Churchill Downs. “Patriot Guard Riders” is being shown at the track as part of the Louisville International Festival of Film. A Q&A session with the film’s director will follow the screening. —J. Christian Walsh

Though Catherine Irwin sightings have become less rare in recent years, it’s always a pleasure and a thrill to see — and, of course, hear — one of the finest singers the great state of Kentucky has ever produced. Irwin might be best known as a co-founder of the pioneering band Freakwater, and this evening is an incestuous encounter between Irwin, James Elkington and music maker/LEO columnist Nathan Salsburg. Zincs founder Elkington has played with Freakwater, and with Freakwater co-founder Janet Beveridge Bean’s band The Horses’s Ha, and recently released an album of guitar duets with Salsburg, Avos. This is an official local record release party for the gentlemen, and because The Rud has a lot going on, it’s scheduled to actually start in the 9 p.m. hour and end at a relatively early (11? 11:30?) hour. Mind = blown. —Peter Berkowitz

There may be no one as creepy yet so well loved as Vincent Price. The actor and hall-of-fame spine-tingler would have turned 100 this year, and to commemorate, the Baxter will present midnight screenings of his work each Saturday in October. (Hey, there are five weekends this month! Everyone go crazy!) This week it’s 1963’s “The Raven,” directed by Roger Corman. The duo collaborated on seven other Poe stories — this one with the added benefit of Boris Karloff and a whippersnapper named Jack Nicholson. “Masque of Red Death,” “The Abominable Dr. Phibes” and “House of Wax” will round out the shows. “House of Wax” will be screened in 3-D and include the Baxter’s annual Halloween costume contest, whose winner gets to select a film for a future midnight showing. Someone should definitely come as Egghead, the Batman foe played so awesomely by Price in 1966. —J. Christian Walsh

It’s the British … Columbia invasion Sunday when Dan Mangan brings his talents as a singer and songwriter to Zanzabar. The native western Canadian is touring to support his recently released album Oh Fortune, the third full-length offering from Mangan and his first for the Arts & Crafts label (home to Broken Social Scene and Stars). The 2009 XM Verge Music Artist of the Year will play indie/folk favorites from past albums as well as tunes from Oh Fortune such as “Post War Blues,” the title track and “Row of Houses,” the latter of which was inspired by the film “Stand By Me.” On previous tours in the UK and Australia, Mangan played solo. For his current tour, Mangan will perform with a full band, including members of Feist and the Hidden Cameras. —Allison Ray

There are many years where a filly gets the attention of the racing world, but it’s rare indeed for a filly to set as many marks throughout a season as Rachel Alexandra did in 2009. She won the Oaks by the greatest distance ever, and then took the Preakness (it’d been 85 years since a filly won that race). Sportswriter Brendan O’Meara explores her sensational season in his new book, “Six Weeks in Saratoga: How Three-Year-Old Filly Rachel Alexander Beat the Boys and Became Horse of the Year.” Well-known characters like trainer Nick Zito contribute to the unusually broad balance of perspectives in this tale. Also prominent is jockey Calvin Borel, who rode the filly to victory. Both O’Meara and Borel are coming to Carmichael’s Monday evening in celebration of the book’s release. —T.E. Lyons

Seeing how it’s October and ghosts and goblins are out to get us, it is appropriate to give mention to “Ghostworld: A Solo Exhibition” to keep us all in the spirit. Paige Hessel’s collection demonstrates a new direction for the Louisville photographer, “seeking out the ghosts of both historic and new architecture,” she says. “As the series of images evolved, the desire for me to look at things with a deconstructionist approach took over.” With pieces entitled “Silence” and “Badlands,” the remainder of the collection will surely bring the spirit of her subject matter to light in this dark season. Hessel is delighted to showcase her work at the Liberty Tattoo and Art Parlor, a great place to see local and regional artwork. —Allison Ray

Felix and Oscar blowing glass? While neat freaks and slobs find it hard to live together in TV Land, it might just work for glass artists because of the team approach needed in glassblowing. Flame Run decided to showcase the art of new “odd couples” as well as teams who have worked together long enough to iron out the kinks. “Everybody has a slightly different style, so by bringing artists together, you marry techniques and styles and different points of view about glass,” says gallery manager Tiffany Ackerman. The 18 artists switched partners like it was the swinging ’60s. Eoin Breadon and Jason Chakravarty have collaborated before, but Breadon and Ackerman had not. The reception is during the Oct. 7 First Friday Trolley Hop beginning at 6 p.m. —Jo Anne Triplett