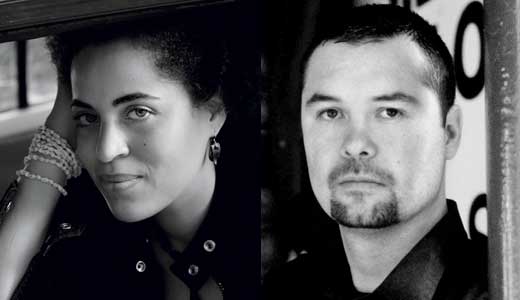 This weekend’s Writer’s Block Festival in NuLu will not be a buffet of booths filled with authors hungrily hawking their work.

“I’m not going to try and sell my novel,” says festival keynote reader, New York Times bestselling author and Louisville resident Will Lavender. “I might just write sort of an autobiographical piece that sums up why I write thrillers and try to make it funny a little bit. Who knows what’s gonna happen?”

We’ll all get a read on Louisville’s first full-scale literary festival and print fair when it kicks off Friday night with the InKY reading series at The Bard’s Town, featuring Kevin Wilson and Catherine Bowman.

On Saturday, NuLu will be transformed into a wonderland of the written word. The Writer’s Block, sponsored by Louisville Literary Arts, will offer readings from renowned writers, expert panels on the art and business of writing, workshops, a mid-day open-mic, opportunities to talk with professional publishers, printers and writers, and much more. The organizers are aiming to make it an annual event.

“It’s an outgrowth of our programming vision, which is to enrich the literary landscape in Louisville, build community, and bring readers and writers together,” says Lynnell Edwards, president and associate director of Louisville Literary Arts. “We didn’t have a literary festival in Louisville. We have one in Bowling Green. They’ve got one in Lexington. But we don’t have one here.”

It was clear to the minds behind the event that the time was right for Louisville to host its own literary festival.

“It makes sense for the literary arts to play a much bigger role,” says Jen Woods, a festival organizer, workshop instructor, and owner and president of the homegrown house Typecast Publishing. “You look at the list of vendors, and it’s just the coolest strange mix of Sarabande Books, which is a well-established, very literary press, mashed with The Paper mashed with Forklift, Ohio …”

That’s just the tip of the local independent publishing iceberg.

The last few years have seen the birth of poetry, art, literature and comics publications like Catch-Up, Pure Uncut Candy and Goodwill Zine. The plethora of regional presses and publishing houses, including Hound Dog Press, Accents Publishing and Butler Books, also convinced them that the River City was ripe for such a happening.

At the Block, aspiring and accomplished writers and any other curious attendees will also have the chance to pick the bestselling brains of internationally acclaimed authors.

One of the festival’s biggest stars is John Burnham Schwartz, author of “Reservation Road.” He and Kirby Gann, author of “Napoleon in Rags,” will address topics including conquering writer’s block and take questions from the audience during the “Writing Is a Process” discussion panel at 11 a.m. on Saturday.

Among the other featured readers big in Kentucky and beyond are Alanna Nash, Maureen Morehead, Jeff Hipsher, Makalani Bandele and Kiki Petrosino.

“It is very important for young writers to interact with writers who are working in the field,” says Petrosino, an assistant professor of English at University of Louisville. “Being able to take a small workshop or a master class with an acclaimed author — those things sustain you and inspire you to keep going with your own art.”

Petrosino is a perfect example of a local writer making the most of the region’s publishing choices. The two books from which she’ll be reading selected poems are published by Louisville’s Sarabande Books and Forklift, Ink.

Woods proposed the idea for a major lit festival about a year ago at a board meeting of Louisville Literary Arts. In the early planning stages, she and her co-organizers sought the advice of festival expert Gill Holland, who suggested they utilize spaces in NuLu. Creation Gardens and Zephyr Gallery are among the venues where workshops and readings will take place.

“Writers love drinking coffee and walking around and doing artsy things, and NuLu is a great place for that,” Woods says.

Woods, Edwards and their colleagues also want festival-goers to consider and appreciate all the things that make Louisville a great city for writers, from the reasonable rents to the frequent readings and literary events. Woods wants Louisville to retain its talented writers. “Every year I meet really exciting young people with energy for literary stuff. They intern, do fabulous work, and then take that experience and go to New York,” she says. “I’m tired of losing people. I wanted to find some way to keep this energy here, and if nothing else, inspire people to make more literature here.”

Lavender has made living in Louisville work for his writing career. “I went to grad school in New York, and it was always my feeling that writers had to live in New York,” he says. “In a span of a decade, so much has changed. You can be anywhere, really.”