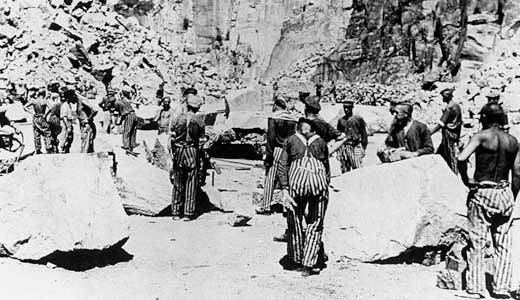 Last week, when U.S Army soldier Stephen Hill asked Republican presidential candidates at the debate if they would protect his right to live openly as a gay member of our armed forces, he was booed by a couple of members of the same audience that applauded Rick Perry’s capital punishment record. This cringe-worthy moment of misguided homophobia kept playing over and over in my head as I walked through the “Nazi Persecution of Homosexuals: 1933-1945” exhibit, now on display at U of L’s Ekstrom Library. The traveling exhibit, produced by the United States Holocaust Memorial Museum, painstakingly makes the case that the perception that homosexuality is a threat to patriotism and national solidarity has often been cited as justification for homophobic violence since the inception of the modern nation state.

The exhibit is everything you expect it to be — totally depressing, compelling, dense. It is the teaspoon of cod liver oil you subject yourself to in order to ward off complacency. The facts, as you can imagine, are staggering. The numbers seem almost unfathomable. What stays with you are the images: the “scientific” charts that show the “spread” of homosexuality from one man to another; the pink triangles that were the yellow stars to so many; the black dots on eugenics charts connoting “predisposition to homosexual acts.” The contrast between the handsome, rakishly dressed lesbians in photographs of Weimar era “friendship clubs” and their later miserable, more feminized, Nazi-era appearances is both humiliating and heartbreaking. I learned that the emphasis on eradicating lesbians was mostly centered around the elimination of “asocial behavior” (i.e. not producing offspring for the good of the state), but in men, it mostly had to do with the idea that homosexuals had allegiance to each other before the state — a common argument cited as recently as this year before the repeal of Don’t Ask Don’t Tell.

What is truly baffling is the absurdity of it all: the practice of using homosexual prison camp inmates to break in boots by making them walk for 11 hours a day on a narrow stone path; the photographs of a transvestite man forced to wear the dresses and ladies’ shoes discovered in his bachelor pad for “photographic documentation” of his sexual deviance; the pictures of operating beds used for the castration of gay men in labor camps. Hauntingly, the faces of these thousands of men and women documented in files of the Office for Combating Homosexuality and Abortion look like many of our friends and neighbors.

The winning characteristic of the exhibit is its depth of exposition. Its downfall is, of course, its virtue — its informational abundance. I am not a slow reader by any means, but it took me 45 minutes to walk around each four-paneled tower in the library’s main foyer. U of L has scheduled a series of lectures and forums to coincide with the exhibit; a full listing is available on the website. An excellent exhibit for educators and history enthusiasts, “Nazi Persecution of Homosexuals” eloquently makes the argument that the rights of the minority are the business of the majority, and the extent of their protection is the mark our humanity and civilization.