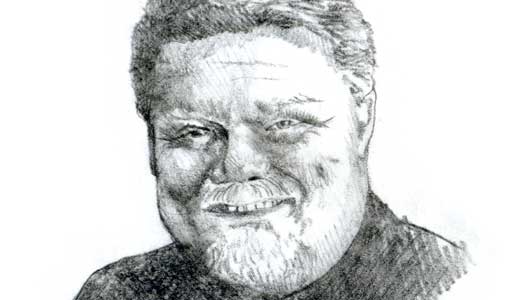 State Sen. Perry Clark of southwest Louisville has never been shy about expressing his opinions, no matter how controversial they may be. That’s always been part of his charm.

The Democrat recently made news by distributing a letter calling for President Obama to resign over the debt ceiling agreement, citing his reluctance to rein in the “banksters” who are fleecing the country. Controversial enough, the letter also happened to praise “American statesman” Lyndon LaRouche — one of the most notorious conspiracy theorists of the last 40 years — and compared the actions of Obama to those of Adolf Hitler.

In an interview with WFPL last month in which he defended these statements, he also raised eyebrows by saying this: “I think anybody who thinks we have the whole story on 9/11 is sadly mistaken.”

With LEO devoting much of this week’s issue to the 10th anniversary of the 9/11 attacks, we thought it would be worth asking Clark what he thinks really happened on that day.

Clark, as usual, has plenty to say. He happens to be one of the highest-ranking elected office holders in America to proudly come out as one of the surprisingly large minority of people often termed “9/11 Truthers”: someone who rejects the government’s explanation of the hijackings and attacks on the World Trade Center and the Pentagon, pointing to an elaborate conspiracy of treachery and deceit within our midst that pulled off the attacks, or at least withholds the “truth” from Americans and the world.

At the start of the interview, Clark immediately indicates he wants the conversation recorded, as he “likes the protection.” Then he launches right into talk of 7 World Trade Center, a building across from the Twin Towers that fell later in the afternoon on 9/11. Truthers commonly believe that building collapsed as part of a “controlled demolition” as opposed to falling as a result of debris and fire from towers one and two.

“Go look it up, BBC reported that three buildings fell that day. We only remember two. BBC reported that World Trade Center Building 7 had been ‘pulled.’ It was gone. And it was still in the background while they were reporting on the news. Look, somebody knew more than we knew. Go look that up, did that really happen?”

The story about the BBC report is actually true. When asked if the government was behind it, he points me to the oracle of the Truther movement: YouTube.

It’s true, you will find many YouTube videos and websites that counter the government’s story on Building 7, as well as their story on the Twin Towers and the Pentagon.

But what you’ll also find on that same Internet is more reliable proof that this kind of speculation is quite easily debunked.

Not that this fazes the wide national (and international) movement of the 9/11 Truthers, as no matter how much verifiable information is provided, or how outlandish their grand web of conspiracies must become to fit the facts, those are just the lies the government wants you to believe.

When looking through the enormous library of videos, documentaries and websites devoted to exposing the government’s complicity in and cover-up of the 9/11 attacks, one can’t help but think of the UFO poster hanging in Agent Fox Mulder’s office in “The X-Files,” saying “I WANT TO BELIEVE.”

There’s a strong psychological draw toward belief in government conspiracy theories. For many, a strong sense of individualism mixed with a healthy dose of paranoia is ripe breeding ground for belief that the powers that be are secretly plotting against you in smoke-filled rooms. For others, the belief that the all-powerful are pulling the puppet strings of society is more assuring than the reality that random events or the actions of a few can rain devastation around us all at a moment’s notice.

Also helping is the fact that many times throughout history, the conspiracy theories turned out to be all too true. Clark reads off a litany of examples throughout the last half century in which the government deliberately lied to its people, with devastating consequences. The Gulf of Tonkin incident, leading to the Vietnam War, was in fact a government-manufactured lie, just as the many government-sanctioned lies in the following years needlessly prolonged the hopeless war. Watergate, Iran-Contra, Pat Tillman, the shadiness of the 2008 bank bailout — America is no stranger to having people within its government covering up the truth in order to serve their own interests.

And on the heels of the Iraq War that was obviously based on untruths — many intentional — plus record-high distrust in government, it shouldn’t be much of a surprise that surveys since 9/11 show anywhere from 15 to 40 percent of the public adheres to the Truther theory of what really happened on 9/11. It’s even become a profitable industry, with the wide commercial success of Truthers like talk show host Alex Jones, whose ring is kissed by candidates such as Ron Paul, Rand Paul and Gatewood Galbraith.

However, whether paranoia toward your government is justified or not, facts remain facts.

I ask Clark if he believes the common Truther theory that a cruise missile hit the Pentagon instead of Flight 77.

“I’ve never seen evidence of a plane. I don’t know who changed the story,” he says. “But that’s what I heard.”

That’s simply false. There was plenty of evidence of plane wreckage found at the site, as well as more than 100 eyewitness accounts, air traffic controllers following the path of the flight, and accounts of people making phone calls from the hijacked plane.

“I know a lot of scientists, I know one at (Brigham Young University) and things like that, going, ‘These were controlled demolitions. These weren’t planes hitting the buildings.’ I mean, if you can find those studies.”

You can find those studies. What you will have trouble finding are peer-reviewed studies making the same conclusions.

I ask Clark if he believes the planes were remote controlled by the government.

Clark asks what I think of all this, and as I begin to explain that I believe the story of the hijacking, he cuts me off.

“Do you know there was a (NORAD military) training drill going on that day in that whole area?” Clark says. “Now you know when they had the big bombing in England on 7/7? They were having a training drill that day, too. And it confused a lot of the first responders.”

At this point, I get confused, too. But piling one outlandish possibility onto another — especially ones that render God-like qualities and competence to the Keystone Cops of the Bush/Cheney administration — will do that to a person.

Clark further expands on how the media was complicit in the cover-up of 9/11, as well as their refusal to take on the powers that be, particularly the banking industry.

“Well who advertises on the news? The banks. Chase Manhattan, Bank of America … I watch it, I see the advertisements. It’s all financial, and you think they’re going to let the people tell a story about the truth?”

As Clark goes into how much freedom we’ve lost since 9/11, along with the costly blunders and crimes of our foreign policy since that horrible day, it’s obvious he’s speaking from the heart and believes passionately everything he says.

“I’m saying I don’t know. I’d have to figure out who made the money, and who had the power, and who controlled the masses. The money. The money. So anyway, I stand by my original statements that if people think that’s the whole story, they’re sadly mistaken.”

But no matter how true Perry Clark’s heart is, facts are facts. He has plenty to say about the condition of the working class in Louisville that should be heard, but the more he talks about LaRouche and Hitler and controlled demolitions, the less credibility he’s bound to have.