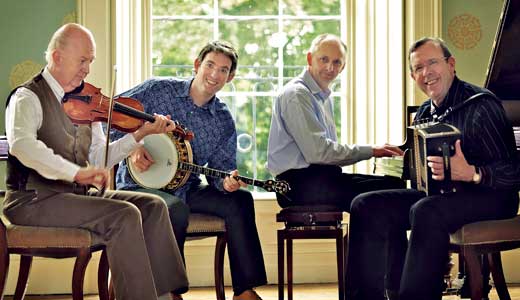 ‘Brick and Mortar and Love’

What’s to love about brick and mortar record stores in this day of one-click gratification? Plenty, we’ll no doubt learn from ear X-tacy’s sneak peek of “Brick and Mortar and Love.” The locally produced documentary charts the ongoing slide of the beloved, Louisville store, featuring interviews with John Timmons and other struggling record store owners like him. Scheduled for a late 2011 release, this event will feature a first look at the “Brick and Mortar” trailer and will open with an in-store performance by The Ladybirds. The retro, rockabilly-tinged Ladybirds will be promoting their CD Shimmy Shimmy Dang!, which hits shelves this week (see page 22 for more). The evening will also be streaming on YouTube, apparently for those of us who have been so fully sucked into the matrix that we only do things virtually anymore. —J. Christian Walsh

‘Rhyme for a Reason’

No excuse not to go to this one. A $7 suggested donation that benefits the ACLU and Women in Transition, a night featuring the best hip-hop groups in the city, and you may learn a little bit while you’re killing your liver … that’s what I call multi-tasking. Monkey Wrench plays host to a very full bill including Jalin Roze, Grimey Rhyme Regime, Skyscraper Stereo, Father Jah & Donnie McFly, T Mcafee, Code Red, and DJ Yng Steve. “Know Your Rights” hopes to educate attendees with what to do (and not do) when interacting with law enforcement, in hopes of lessening, let’s say, undesirable outcomes. The ACLU has made a smart-phone app with exhaustive details of nearly any type of encounter. A great reference; however, I suggest you do your reading before the cop taps on your car window … it could get awkward. —Damien McPherson

In what is hopefully not an omen of things to come for Louisville’s newest arthouse, “A Useful Life” will be the first feature to receive an extended — albeit brisk — run at Dreamland. This 67-minute offering from Uruguay follows the demise of an independent movie theater, as seen through the eyes of its loyal programmer, Jorge. Printed in black and white with a stirring, 20th century classical soundtrack, 2010’s “A Useful Life” looks like an old classic and is as much a celebration of cinema-loving as an homage to cinema itself. The selection comes to Dreamland as part of the Global Lens Series, an initiative that uses films from around the world to promote cross-cultural understanding. “A Useful Life” will screen twice daily for four nights, beginning on Thursday. —J. Christian Walsh

‘A Man of No Importance’

Often a man behind the curtain, Pandora Productions’ artistic director, Michael J. Drury, will grace the stage in this season’s opener, playing a familiar role for him — the artistic director of a community theater. St. Imelda’s Players is significantly less sparkly and cutting-edge than Pandora, though — housed in a church, the group puts on a yearly production of “The Importance of Being Earnest.” But director Alfie Byrne wants to shake things up this year and produce a more dangerous Oscar Wilde piece: the provocative biblical tragedy “Salome.” Of course, the clergy at St. Imelda’s isn’t down with this, and Alfie’s otherwise quiet little life turns disastrous. By the same writers of Tony Award-winning “Ragtime,” “A Man of No Importance” is the winner of the 2003 Outer Critics Circle Award for Best Musical. —Jane Mattingly

Kim Torres and Sandie Griffin, co-founders of Lucent Dreams Photography, use their cameras to explore what they call “the meta-conversation of the universe,” the interiority of physical objects, and the unspoken elements of the world around us. Their second solo show is titled “Streets of Louisville” and features images taken throughout the Metro area, capturing “the unique and quirky spirit that defines Louisville.” Torres, not a Louisville native, describes the Derby City as “where Midwestern values meets Southern charm.” She and Griffin each contribute 10 pieces to the show, ranging from a gay pride parade to a blossom-strewn sidewalk. The normally nature-focused duo say this project is a departure for them, but one that requires the same attention to detail as their usual work. The show’s opening night will include live music, a poetry open mic and Triza Cox’s solo show “God in the Midst of it All.” —Jennifer Harlan

“Sesame Street” taught us how to count to 10 in Spanish and how to get along with extremely picky roommates and their pet pigeons, but it took the sweetly subversive, Tony Award-winning Broadway puppet musical “Avenue Q” to impart the lessons of “Everybody’s a Little Bit Racist,” “The Internet is for Porn” and how to send mixed signals via mix tape. Wayward Actors Company puts their hands inside the puppet heads to tell Robert Lopez and Jeff Marx’s story of Princeton, a naïve college grad who moves to an outer-outer borough of New York City with nothing but an English degree and falls in love with his neighbors and all the lovely chaos the city lays at his feet. The puppets are disarming, but the language is filthy — it’s an adult story, not for little kids. —Erin Keane

With 165 new and returning artists, this year’s September Art Fair promises to be better than ever. “It’s an opportunity for the community to come together and see what forms and styles of art are being practiced throughout the region and at home,” says coordinator Emy Benson. This year, there will also be tons of gourmet fair food, a fall harvest stand, and arts and crafts to keep everyone occupied. BlueZen Grass, the Brown School Jazz Combo and Joey Sandals will be performing, along with the newly formed Theatre 502 in one of their first-ever performances. Benson and the rest of the folks at Mellwood are thrilled to be hosting their third annual fair. “Mellwood (is) a platform for the unconventional and new, and the September Art Fair embraces that in full force,” she says. “We hope this event will bring the community together to experience and appreciate art.” —Jennifer Harlan

In the 1940s, Guinness launched a bold advertising campaign touting the restorative properties of its stout, with slogans claiming “Guinness is good for you” and “Guinness makes you strong.” There was even a time when pregnant women in Ireland were advised to drink a glass a day because it’s high in iron. These claims have since been debunked, but at least one iconic advertisement still rings true: “Lovely day for a Guinness.” You can heed that advice this weekend at the Louisville Irish Fest, where in addition to imbibing in Irish fashion, you can soak up culture from the Emerald Isle. There will be Celtic dance, live music, Irish cuisine, including beef stew and fish and chips, as well as activities for your little leprechauns, like storytelling, crafts and puppet shows. —Sarah Kelley

The band Liturgy has gotten a lot of attention, some of which they don’t want. While many enjoy and respect their modern classical-inspired take on black metal, others mock them as ironic hipsters pretending to be something more than they are. Their most recent album, Aesthethica, was released last spring by Chicago’s Thrill Jockey label, which is perhaps one of the finest art/indie record sellers in business today. Also, the band members live in Williamsburg and wear skinny jeans. But do such issues matter? Isn’t the important thing just how metal a metal band is? Musically, that is. The simple truth here is that Liturgy is a heavy, thoughtful band that delivers the goods, with tortured howls for vocals and a commitment to making damaged art like Swans or Lightning Bolt; they’re not trying to be just another generic metal band. With PC Worship, Anwar Sadat and Shedding. —Peter Berkowitz

Perhaps the booking agent just saw the “40” in Earl’s nom de plum and figured he was appropriate for the venue. Regardless of how Jim Porter’s got the show, Vallejo, Calif., legend E-40 brings his brother and fellow Click-member B-Legit to Louisville’s, ahem, most mature venue. In his nearly two-decade-long career, 40 Water has worked with nearly every rapper you can name, with hits ranging from the profane (“Captain Save a Hoe,” a personal favorite) to the ridiculous (“Hurricane”) and occasionally poignant (“Tired of Being Stepped On”). Outside of an ill-advised bandwagon ride on the Hyphy fad halfway through the last decade, his output is arguably one of the most consistent in all of rap. Expect as good a show on stage as off, as the people-watching is sure to be an incredible episode of the non-existent “Real Housewives of Douglass Hills.” — Damien McPherson

“Anti-Portraits” is a mini-retrospective of Russ Hulsey’s work from 2007 to the present. The 16 pieces come from three series as varied as what floats around in Hulsey’s mind. His “Jack Kerouac’s America” references the Beat generation writers’ road trips that led to the novel “On the Road.” The title “Television Families” gives you a hint what you’ll see there. Last, but certainly not least, is a tribute to the late artist Stephen Irwin. “This exhibition is so titled because of my interest in portraiture, or rather, what the ‘portrait’ can be,” Hulsey says. “I hope to approach this age-old tradition with a poetic sensibility, and to push into territories that speak not only to presence, but also to impermanence, action and memory.” —Jo Anne Triplett

Jackie Battenfield is delivering good news. “The Artist’s Guide: How to Make a Living Doing What You Love” is that business course visual artists never got around to taking. With chapters on how to take charge of your professional life, circulating your work, supporting your work and maintaining your practice, it’s a must-read for all artists who want to survive in the cold, cruel world. “An artist’s life embraces every job description of a small business: creative director, marketing director, bookkeeper, construction manager, secretary, janitor, technician and publicist,” writes Battenfield. “Being an artist is a profession. It is not a vow of poverty.”

The Louisville Visual Art Association is so enamored with this book that they decided to sell it. Remember: The artistic life you save may be your own. —Jo Anne Triplett