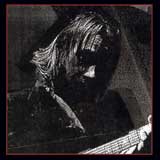 Guitarist Loren Connors toiled for decades in near-willful obscurity, self-releasing his recorded output under multiple pseudonyms. Only rarely in his early years did Connors work with other musicians, and as a result of his relative isolation, he developed a singular, insular style of playing guitar that, while inspired by the blues, thankfully never sounds “bluesy.” Despite his being diagnosed with Parkinson’s in the early 1990s, the rest of the world somehow caught up to Connors shortly thereafter, and he entered a still-ongoing fruitful period consisting of multiple collaborations (with avant-garde types such as Jandek, Jim O’Rourke and Keiji Haino), and the formation of his own band, Haunted House. Red Mars, his first truly solo release since 2004, harks back to Hell’s Kitchen Park, the first Connors record that I heard, way back in 1993; but it sounds even more desolately stark than previous efforts, an achievement I thought nearly impossible. As such, Red Mars is one of the darkest, sparest, listen-only-at-4 a.m. records I’ve ever heard. And that’s a compliment.