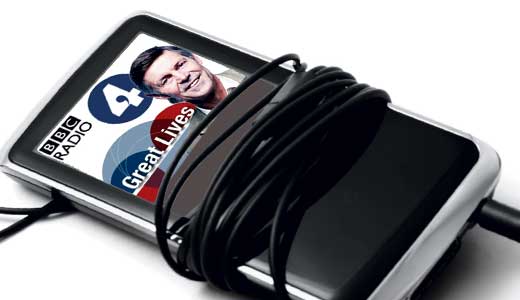 Last year, Matthew Parris, host of the BBC series “Great Lives,” was voted the 49th Most Influential LGBT Person in the United Kingdom.

How various organizations come up with such ranking systems is a bit dodgy, but that’s not really the issue here. The issue is that from listening to Parris’ self-presentation on his program, you would never (and I mean never) guess that he’d be remotely to the left of center on any political or personal issue in the history of the world.

Reading his own biography will make your head spin. Though Parris had a privileged upbringing, he works the equivalent of three jobs. He grew up in South Africa, then attended Cambridge and Yale. He is an avowed atheist who nonetheless believes that Christian evangelism is the only way to save Africa. He was a member of the Cambridge University Liberal Club, yet he became Margaret Thatcher’s correspondence secretary. In 2006, Parris reamed Tony Blair a new one, calling him “an out-and-out rascal, terminally untrustworthy and close to being unhinged.” Yet just a few months ago, he praised the virtues of Rupert Murdoch.

Who is this man? Again, I say, you would never know from his personality as host of “Great Lives,” where he comes across as a straight-and-narrow vicar. A vicar played by Tom Wilkinson. His journalistic U.S. counterpart would have to be Bill Moyers. Parris has that kind of genuine curiosity and moral seriousness. He is a gracious host with a knack for politely keeping his guests focused so that a great deal gets accomplished in the allotted half-hour time frame.

Each week, an invited guest chooses someone from history that she or he has found inspiring, a figure whom the guest wants to know more about. After the initial introduction of both guest and subject, a third party is introduced: the expert on the life being explored. Sometimes the listener is well acquainted with all three parties, as when the physicist Brian Cox chose Carl Sagan and the resident expert was Sagan’s biographer. But more often than not, the choices are completely surprising.

A few weeks ago, comedian Simon Day chose German writer Hans Fallada as his great life. Fallada was a suicidal alcoholic, thief and morphine addict who, despite being stamped “an undesirable author” by the Nazis, remained in Germany for the duration of WWII. I had never heard of him, nor, for that matter, of Simon Day, whose accent alone was worth a rerun of the podcast.

This is precisely what is great about “Great Lives.” So much of what transpires makes Matthew Parris all itchy and scratchy, yet he keeps bringing it on. He gets especially starchy and ramrod-like at the prospect of any revered figure’s louche behavior.

In a recent installment on the 12th century nun and visionary Hildegard von Bingen, when the guest read an excerpt from one of her love letters, Parris involuntarily exclaimed, “Good God!” Moments later, this caused the expert biographer to say, “Matthew, the next time you have a problem with an excess of sexual arousal, may I recommend to you a steam bath in a bed of lettuces?”

You could feel Parris blushing from all these thousands of miles away. Radio just doesn’t get any better than that.