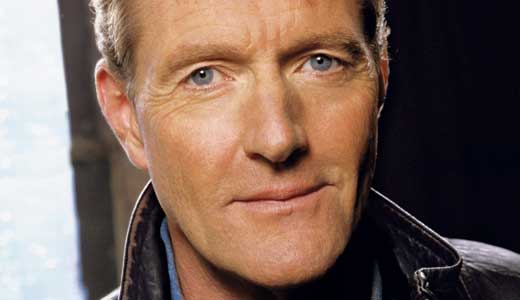 Lee Child doesn’t mind it when his writing style is described as “off the cuff.” With his charming but direct British accent, he is forthright and open about how he plots his suspense thrillers — without benefit of detailed outlining, journals or stacks of note cards. He works from basic ideas that stick in his brain — for example, his award-winning debut novel “The Killing Floor” was developed from the basic concept of a warehouse full of money. That novel became a story of counterfeiting, and it was the first published adventure featuring ex-military policeman Jack Reacher, who has gone on to be the protagonist for 16 novels by Child.

Reacher is a wanderer who travels light, whether he’s dealing with some fascinating local criminals or a twisting, international conspiracy. Like another great hero of suspense stories, Philip Marlowe, Reacher behaves nobly and stands up for the downtrodden, but he isn’t a wisecracking hero — he’s a vigilante who goads his adversaries. And the narrative, told from Reacher’s perspective, reveals a thoroughly trained and practiced lone-wolf warrior who survives and wins because he’s an obsessive observer and cunning strategist. He’s neither super-powered nor super-smart, often showing a less-than-complete knowledge of, for example, cars and electronics. But he’s oversized, aggressive and, when he gets into jams, he gets things done. That’s won Child the sort of loyal mass audience that regularly pushes Reacher books to the top of bestseller lists.

The newest Reacher novel, “The Affair,” is something of an origins story. Child has some wicked fun showing the early forms of his protagonist’s signature quirks, which often betray more character than the novels’ sometimes Spartan dialogue. Again, that’s all fine with Child — as he tells LEO, “I’m sure the readers will let me know when they’ve had enough.” There’s also an interesting subtext to “Affair” in that, on this 10-year anniversary of 9/11, Child looks back to how 1990s American society’s sense of security and defense (and also thriller fiction) wasn’t nearly the same as it is today. “Thrillers come up and go down (in popularity), but they’re always around — they respond to the world around us. With the Cold War years ago, there were great thrillers written about that because there was a real problem with a real enemy. Then the Soviet Union ended and thrillers were actually in doldrums a little bit — because who was the enemy? And now we have an enemy again, and thrillers are more popular than they ever were.”

His hero’s adventures often share fundamental plot elements with Charles Bronson revenge flicks — elements that, Child says, draw criticism in Europe but not much in America. Does that mean we’re turning inward and toward the past? No, he says — the national readership has developed a more international focus, reflecting a decade in which “the rest of the world forced itself upon America.”