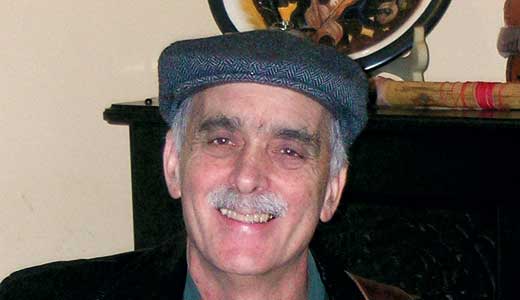 The annual Jug Band Jubilee festival has delighted local audiences since 2005, keeping alive a music that was founded in Louisville more than 100 years ago and became an early influence on The Beatles, The Grateful Dead and The Muppets. Jim Kweskin is one artisan who helped spread the music in the 1960s and continues to entertain and educate listeners today — on his own terms.

LEO: What draws you to jug band music, which many people may consider an outdated genre?
Jim Kweskin: First, I’ve never concerned myself with what is outdated. Good music is good music from whatever genre or time it comes from. Since I was a child, I was attracted to traditional jazz — Sidney Bechet, Jelly Roll Morton, Louis Armstrong, Fats Waller — and I also loved and still love folk music. The folk music I listened to and loved was Pete Seeger, The Weavers, Leadbelly, Woody Guthrie and, a little later on, The New Lost City Ramblers, Peggy Seeger and Ewan McColl. To me, jug band music is a blend of old-time jazz and old-time folk music — jazz on folk instruments if you will. For me, it’s the best of both worlds.

LEO: You’ve recently reunited with former partner Geoff Muldaur. What brought you guys back together?
JK: Sadly, we came together at Fritz Richmond’s memorial concert at Passim’s in Cambridge, Mass., and also by Todd Kwait, who was making the documentary “Chasin’ Gus’ Ghost” about the history of jug band music. That led to a wonderful trip to Japan and also a Jug Band Extravaganza Concert in San Francisco with Geoff and myself, John Sebastian, Maria Muldaur, David Grisman and The Barbecue Orchestra — Fritz’s last band — from Portland, Ore.

LEO: How have you both changed since your Kweskin Jug Band days? How do those decades worth of experience affect your music?
JK: Well, I would say we have both gotten better. More mature. Actually, as soon as we started playing together again, we realized that we were still a good team, both musically and personally. I am having a blast playing music with Geoff. I think he is a genius. I love his singing, his guitar playing and his arranging.

LEO: You’ve been playing folk music for almost half a century now. What do you think has changed the most with American music, and specifically folk, over the course of your career?
JK: To me, folk music was music of the people — mostly traditional music from all over this country and the world. Of course, there were people writing and singing new songs — Pete Seeger has written some absolutely beautiful songs — but that was only a part of the picture. Nowadays when people refer to folk music, they are really talking about singer-songwriters. Traditional music is hardly played any more, even on the so-called folk music radio stations. I believe, if you have to give a name to the music I and my friends play, you’d have to call it roots music.

LEO: You make a living not primarily from music but from managing a general construction business. Why did you choose to pursue music as a hobby rather than a career?
JK: I’d rather perform music because I want to, not because I have to.