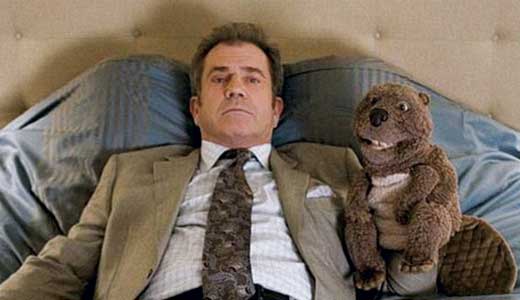 Like many of the USA Channel’s original offerings, this series is lightweight, breezy and filled with attractive people and loads of low-rent guest stars. James Roday and Dulé Hill play the smart-ass jokesters who solve crimes through seemingly endless quantities of BS and good luck, but the reason we mention it today is that Roday’s main squeeze on and off screen is the lovely and talented Maggie Lawson. Born and raised rat-cheer in the River City, she attended Assumption High, did lots of local theater and hosted her own TV news reports from the age of 10!

This flick got lost in all the furor over star Mel Gibson’s public meltdown and never received a valid cinema release. Is it any good? It’s very experimental and ambitious, just as Gibson’s “Apocalypto” and “Passion of the Christ.” If you like such things, you may like this. But the real reason to see it is, of course, our own hometown gal, Jennifer Lawrence, who was nominated for an Oscar in her first/previous film, “Winter’s Bone.” She helps the damaged Gibson, who speaks only through a beaver puppet, to reconnect with the human race. Directed by Jodie Foster.

CLOSED FOR THE SEASON

A low-rent indie chiller about a woman (Aimee Brooks) who gets possessed by the living memories of a deserted amusement park that seeks to devour her soul. Cool idea.

In Japan, a teenage girl is caught stealing, but a seemingly kind man and wife offer her a way out and a job at their tropical fish store. Then her father discovers that the two have a horrific secret — uh, they’re both friggin’ nuts! — that threatens both his daughter and himself in this extremely dark comedy inspired by true events.

We discovered this in the discount bin at Wal-Mart and recognized some of the stories within as being pretty good. Includes “Kayla,” about a damaged boy and a savage wolf, and “Bear With Me,” about an 11-year-old girl lost in a rain forest who rediscovers the now-grown bear she raised as a cub. Lots of familiar TV faces on these and the two other solid tales.

Yeah, it’s another SciFi Channel CGI crapfest, this one with Michael Trucco, Kari Matchett and Kirsten Prout dodging phony rocks that rain down on San Francisco. Why do cheezy filmmakers hate San Fran so much? And why can’t they go to the library and use one of the city’s nice, free computers instead of that old Commodore 64 they must be using for special effects?

The guy who brought us “Super Size Me” turns his camera around to show us how movies — including his own corporation-trashing docs — really get made. The dirty secret is “product placement,” where advertisers pay big bucks to have their products — and more importantly, NOT have their competitors’ products — appear on the screen. Truly inspired.

One of the best music docs we’ve ever seen about the greatest artist of a generation. An intimate look at the former Led Zeppelin frontman and current Grand Old Man of Rock, whose musical sojourn has taken him through the wilds of Africa, the slave shacks of Mississippi, and across the American heartland. What is he looking for? The roots of something deep in his own soul, perhaps. Truly excellent.

OK, right up front, this contains two of the worst movies in all of Bad Moviedom. But, God help us, we love them, if for no other reason than the classic Beaudinesque titles. Welcome to “Billy the Kid vs. Dracula” and “Jesse James Meets Frankenstein’s Daughter.” Any further discourse would only spoil the fun. Our highest — and most apologetic — recommendation.

Wow! This indie drama is simply amazing! Mark Ruffalo co-stars and directs Christopher Thornton, Juliette Lewis, Orlando Bloom, Laura Linney and a host of others in the tale of a DJ, crippled in a motorcycle accident, who discovers that he has the power to heal others at a tent revival — but cannot heal himself! A big winner at Sundance this year.

An all-but-unknown and truly horrifying thriller about a common family with two teenage children — and all the skeletons that such a family accumulates — who run afoul of a wandering, charismatic preacher who sees himself as God’s instrument, commanded to flush out all their hidden sins. Very good.

A wonderful horro-comedy from Norway about a bunch of unexplained “bear” attacks being investigated by a pack of attractive students. They discover the animal is, in fact, a troll — who can smell Christian blood! — being tracked by the titular hunter. We loved this thing!