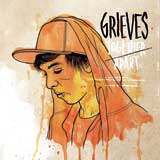 Hate to fall into the cliché of comparing white rappers, but this is the album we’ve been expecting Eminem to make since “8 Mile.” That film’s soundtrack found Em looking deeper than “Beavis & Butthead” punchlines and led many fans to wonder if the self-destructive MC was ready to turn the page, mature beyond scatological humor and reflect on his wrong turns, and not in a watch-me-while-I-drive-off-this-cliff “Jackass” kind of way. Alas, we get glimpses, but his corporate masters require singles, and rap-with-perspective has never been a radio favorite. Grieves has no such qualms. He exposes his mistakes without shame or pride. Perspective and context are all he writes about. Yes, I messed up, he says, but I woke up this morning to try again. It helps that the disc is masterfully produced. Rhymesayers as a label seems to have eschewed clearing samples in favor of employing live bands in the studio. Atmosphere’s latest suffered due to pedestrian playing; Grieves’ musical choices simply translate better. This will be a contender for hip-hop album of the year.